Saudi security forces inspect the site of a suicide bombing that targeted the Shiite Al-Anoud mosque in the coastal city of Dammam on May 29, 2015.
AFP/Getty Images
By Justin Worland

A college student who was killed in Saudi Arabia on Friday after halting a suicide bomber who had attempted to enter a packed mosque is being remembered as a hero.

Abduljaleel Alarbash, an undergraduate who was studying electrical engineering at Wichita State University, and his cousin were working security at the mosque in the port city of Dammam, roles for which they volunteered after a recent mosque attack, The Wichita Eagle reports. Alarbash became alarmed when someone dressed in all black attempted to go inside—women had been told to remain at home due to safety. The bomber was reported to have blown himself up, in an attack claimed by the Islamic State of Iraq and Greater Syria (ISIS), after Alarbash tried to turn him in.

“They saved a lot of lives,” Yagoob “Jacob” Alsarouj, a close friend of Alarbash and recent graduate of WSU, said. “What he did was a selfless act … that’s something really to be proud of.”

Abduljaleel, 22, had returned to Saudi Arabia to get married and was due back to school in the fall, according to a professor who taught him in the spring.

“I am not surprised that Abduljaleel did what he had to do to save the lives of all those people by giving up his own so readily,” said Preethika Kumar, one of Alarbash’s professors, in a statement. “In my faith, when someone is able to love God so deeply to the extent of putting their neighbor before themselves always, even to the point of laying their life down, he or she is a saint.” 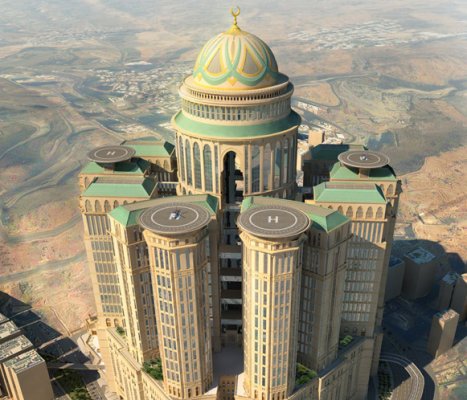 World’s Biggest Hotel to Open in Mecca in 2017
Next Up: Editor's Pick