Martin O'Malley Looks to Future But Can't Escape the Past

Former Maryland Governor Martin O’Malley, who plays guitar in a rock band and regularly emerges shirtless from the frigid water of Polar Bear plunges, maintained his reputation for youthful vigor Saturday morning. An American flag the size of a parachute billowed behind him, and the Baltimore harbor glimmered in the hot morning sun. O’Malley rolled up his shirtsleeves to announce his candidacy for President. He also repeated the word “new” nearly a dozen times.

“For over 200 years we’ve been the architects of our own future. And now we must build anew today,” O’Malley said to cheers. “All of us are included,” the former governor and mayor continued. “Women and men. Black and white people.”

O’Malley’s crowd in this majority-black city, however, was populated mostly by affluent white supporters of the two-term governor and friends, many of them from Washington D.C.’s suburbs. Dozens of men wearing the purple shirts of O’Malley’s all-boys Jesuit high school Gonzaga filled in the audience. He chose Baltimore’s Federal Hill Park as his stage, miles from the neighborhoods struck by rioting after the death of Freddie Gray while in police custody.

The split-screen quality of O’Malley’s campaign launch—an energetic candidate speaking above the glistening harbor he rebuilt, and the scattering of angry black Baltimore residents in the crowd—reveal the challenges in the campaign ahead. Even as O’Malley seeks to look to the future by drawing on a progressive record and his relative youth, the recent riots in Baltimore threaten to chip away at his legacy as mayor.

At his rally, the self-appointed emissary of newness was surrounded by the youth he hopes to project: toddlers ran around in the audience before his speech, and three of the introductory speakers were millennial Marylanders. At 52, O’Malley is 15 years younger than former secretary of state Hillary Clinton and 21 years younger than Vermont Sen. Bernie Sanders, his two competitors for the Democratic nomination.

O’Malley points to his deep-blue Democratic record: as governor, he pushed to raise the minimum wage, pass gay marriage legislation, and end capital punishment in the state. He spoke out early against President Obama’s deportation of children who crossed the Mexican border in 2014. He spoke out on Saturday against what he calls the excesses of Wall Street and talks about his platform like a populist.

“We cannot rebuild the American Dream here at home by catering to the voices of the privileged and the powerful,” O’Malley said on Saturday. “Let’s be honest. They were the ones who turned our economy upside-down in the first place. And they are the only ones who are benefiting from it.”

His aggressive policing policies in Baltimore have earned him a mixed reputation in the city, especially among the non-privileged. While crime rates in Baltimore dropped by over 40% when he was mayor, clearing the way for some economic revitalization, police-community relationships worsened during his tenure by some accounts. The more than 100,000 arrests in 2005 during his second-to-last year as mayor led to a lawsuit by the ACLU and an $870,000 settlement with the city. Years later, Freddie Gray’s death at the hands of the Baltimore Police unleashed a wave of rioting, and many blamed the former mayor’s policies.

In his speech, O’Malley addressed the riots directly, attributing the unrest to poverty and unemployment in American cities like Baltimore. What happened in Baltimore, he said, was “not only about race” and “not only about policing.”

“Conditions of extreme and growing poverty create conditions for extreme violence,” O’Malley said. “We have work to do. Our economic and political system is upside down and backwards and it is time to turn it around.”

Whatever the reasons for the riots, the unrest has shaken some of O’Malley’s support in his home base.

“Had the riots not happened, O’Malley would have been a golden boy and an adopted black son,” said Rev. Ron Owens, a prominent black Baltimore minister who helped organize the funeral for Freddie Gray. “He had a ‘black card,’ and it was taken from him.”

“I don’t know what could possibly be his platform,” said Rev. Jamal Bryant, another influential Baltimore minister. “The schools are in disrepair, he is the father of mass incarceration in Baltimore city, and there was no great economic upswing for minorities during his time.”

Despite the hecklers on Saturday, O’Malley enjoyed enthusiastic support from many of his allies in the audience. “We had a Catholic guy who supported gay marriage. He took a stand against the death penalty when that was not popular,” said Alice McDermott, a supporter and acquaintance of the governor who teaches at Johns Hopkins University. “That says a lot about him.”

O’Malley recycled many familiar tropes from his campaigning in Iowa and New Hampshire, as well as cable television green rooms. “I’ve got news for the bullies of Wall Street,” O’Malley said, digging at the Clintons, the Bushes and the big banks all in one familiar swing. “The presidency is not a crown to be passed back and forth by you between two royal families.”

On paper, O’Malley is a candidate ready-made for Democratic caucus-goers. But in a year dominated by Hillary Clinton, he is struggling to establish clean policy distinctions with her on make-or-break issues. “He’ll have to find something where he and Clinton have a different position,” said Craig Varoga, a top consultant on O’Malley’s 2010 reelection campaign for governor. “In order to win he’d have to be a perfect candidate, and then get very lucky.”

By any measure, O’Malley faces a long uphill battle for the Democratic nomination. He is polling nationally among Democrats at around 1% compared with Clinton’s near-60%. The other underdog Democratic candidate in the race, Bernie Sanders, has taken some of the attention from O’Malley’s launch by occupying a position further to the left. Sanders is at 15% in the polls.

O’Malley’s distance behind Clinton may liberate his campaign to try to catch up with bold strokes, like a perennial Iowa and New Hampshire campaign and pointed attacks on the former secretary’s record. “It’s like Janis Joplin said: ‘Freedom is just another word for nothing left to lose,’” said Ned Parrott, a Virginia attorney and friend of the governor who attended the rally.

The real freedom trick for O’Malley, though, may be shaking free of his Baltimore hecklers. 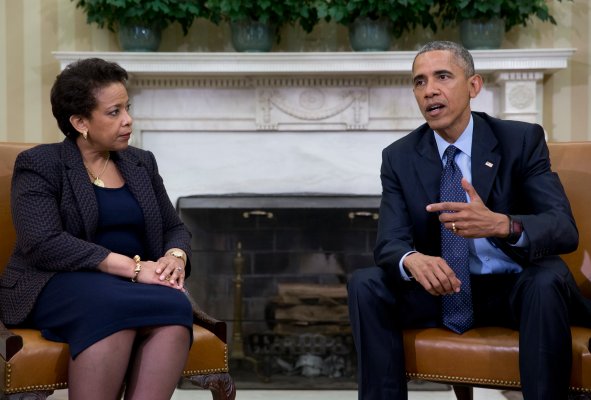