Still from "The Graduation Transmission" on April 23, 2015.
Michael Yarish—CBS/Getty Images
By Charlotte Alter

The Big Bang Theory is about fictional scientists, but now the show is funding a scholarship for real-life science students.

The Big Bang Theory Scholarship Endowment has already raised $4 million to support undergraduate students at UCLA who are studying the sciences. Starting in the fall, 20 Big Bang Theory grants will be awarded to UCLA science students who have gotten in on academic merit but need extra support to supplement their financial aid, according to a UCLA statement. Every year, five more students will be added.

Chuck Lorre, The Big Bang Theory co-creator and executive producer, is mostly funding the endowment, with help from show co-stars like Jim Parsons, Simon Helberg, Kaley Cuoco-Sweeting, Mayim Bialik and Johnny Galecki, and with contributions from Warner Bros. and CBS, the Los Angeles Times reports. This is the first UCLA scholarship from the cast and crew of a TV series.

“We have all been given a gift with ‘The Big Bang Theory,’ a show that’s not only based in the scientific community, but also enthusiastically supported by that same community. This is our opportunity to give back,” Lorre said in a statement. “In that spirit, our Big Bang family has made a meaningful contribution, and together we’ll share in the support of these future scholars, scientists and leaders.”

The first group of scholars will be announced on the set of The Big Bang Theory this fall. 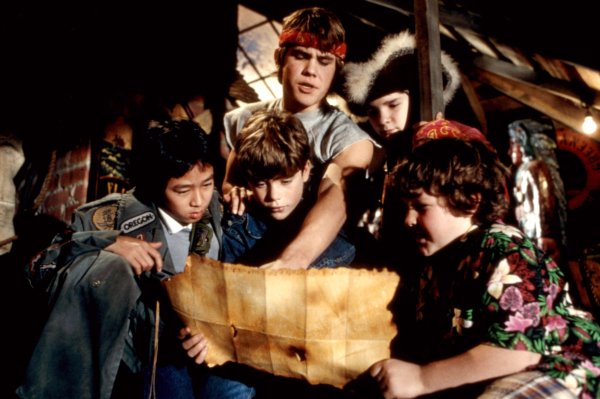 This Is How Fans of The Goonies Are Celebrating the Film's 30th Anniversary
Next Up: Editor's Pick