Women in the U.S. have fought long and hard for better family policies that would support the choice to have children while continuing to work. Unlike the majority of industrialized nations, the U.S. does not offer paid maternity leave guarantees. There aren’t many facilities that offer child-care or paternity packages, either. On top of that, mothers are often viewed as less-stable employees with less commitment to the business.

A recent New York Times piece seems to defend our archaic system, arguing that family-friendly policies can actually backfire on the women they’re supposed to protect. For example, after Spain passed a law in 1999 allowing employees with children under 7 to request reduced hours without the fear of being laid off, almost all of the workers who took advantage of it were women. In the decade following, businesses became 6% less likely to hire women, 37% less likely to promote them, and 45% more likely to dismiss them in comparison to men of the same age, according to a study from the IE Business School in Spain.

We should be outraged that those businesses were being permitted to display such blatant unfairness. Instead, many of the conclusions drawn from this article seem to blame the women and family policies involved, as seen in the comments section here.

Labeling these predatory practices as “unintended consequences” of better family-care packages is misleading at best and ultimately harmful to the structure of our society. It’s not the fault of women that businesses act in such an unethical manner, and to advise these women to ask for less and accept what they’re given to avoid such practices is short-sighted and wrong.

The Times article pushes for packages that are “generous but not too generous,” suggesting that more than nine months of maternity leave could hurt women’s prospects in the workplace. It mentions finding ways to implement family-friendly policies that the companies don’t have to finance. It seems to defend the paltry leave program we have in this country and absolve the businesses of blame and responsibility toward their workforce.

That’s the wrong approach. We shouldn’t be loosening these policies so they hurt businesses less in the hopes that those businesses will then turn around and act appropriately. Instead, we should tighten policy further. Companies need to be held accountable for unfair practices toward women. It’s not the job of a woman to make her company more comfortable. It’s the businesses’ responsibility to treat their workforce like human beings.

It’s also in their best interests, as about 70% of women with children under 18 years old will work at some point, according to the most recent statistics by the Department of Labor. That is a large percentage of workers, not to mention consumers, that businesses risk angering for their bottom line.

Why are businesses getting a free pass to treat women employees as second-class citizens? Why are we counseling women on what they should and shouldn’t ask for lest they be at risk of losing their jobs or passed over for promotion? We don’t need to accommodate the businesses in this model to protect women. We need to scrutinize the businesses causing these “unintended consequences” and issue them directives on how to make the workplace an inviting and encouraging place for all of their employees.

As we struggle to catch up to the rest of the world in terms of women’s rights in the workplace, the way up is not through counseling women to be meek and thankful. It’s though demanding ethical practices from our companies that ensure the rights of all who hold a job. 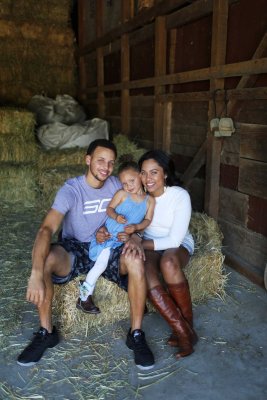 Ayesha Curry: How to Parent When Your Kid Goes Viral
Next Up: Editor's Pick