The Los Angeles Times, the New York Times and Buzzfeed reported, citing anonymous federal officials, that the “prior misconduct” mentioned in the seven page indictment of Hastert was sexual in nature.

The New York Times reports a man told the FBI Hastert had fondled him when Hastert was a history teacher and wrestling coach at Yorkville High School. Hastert was at the school between 1965 and 1981.

Hastert was charged on Thursday for lying to FBI agents about bank transactions he made to allegedly “compensate for and conceal his prior misconduct” against the person identified as “Individual A.”

The Northern Illinois U.S. District Attorney’s office declined to comment on the specific misconduct, noting that the 73-year-old had only been charged for the two crimes mentioned in the indictment. Calls to representatives at Dickstein Shapiro, where Hastert worked before the indictment, were not immediately returned.

Hastert will not be arrested, according to a spokesperson at the U.S. Attorney’s office, but no court date has been set. A judge, however has been assigned to the case— Obama appointee Judge Thomas M. Durkin. 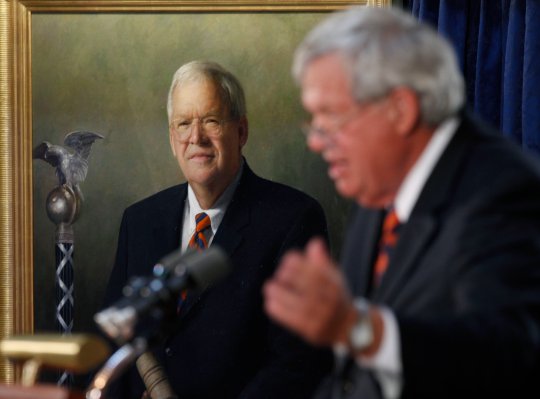