Alfonso Gomez-Rejon attends a screening of "Me And Earl And The Dying Girl" May 14, 2015 in Los Angeles, California.
Araya Diaz--WireImage/Getty Images
By Eliza Berman

Alfonso Gomez-Rejon is a self-described late bloomer. He spent years working as a production assistant for cinema greats like Martin Scorsese and Nora Ephron before making his way into TV directing on Glee and American Horror Story: Coven. During the long haul, he’s taken comfort in a piece of advice bestowed upon him by Thelma Schoonmaker, Martin Scorsese’s longtime editor: a late bloomer herself, Schoonmaker always said that finding success late led to greater longevity.

His longevity is yet to be determined, but at present, Gomez-Rejon is in full bloom. His second feature, Me and Earl and the Dying Girl, which hits theaters June 12, was a hit at the Sundance Film Festival, widely praised for its funny and moving take on the adolescent coming-of-age story.

Based on the eponymous 2013 novel by Jesse Andrews, Me and Earl and the Dying Girl tells the story of Greg, a high school senior whose parents force him to hang out with Rachel, a classmate recently diagnosed with leukemia. Though the plot may call to mind The Fault in Our Stars, another book-cum-movie about a boy and a girl with cancer, Me and Earl stays fresh by remaining a story about friendship rather than romance.

The film is sprinkled with references to Gomez-Rejon’s heroes and mentors. But more than a chance to honor those that paved the way, Me and Earl and the Dying Girl is a labor of love that celebrates Gomez-Rejon’s father, who died shortly before he took on the project.

Gomez-Rejon talked to TIME about becoming an overnight success and pouring his own grief into his most personal project yet.

TIME: How does it feel being treated as a new kid on the block when you’ve actually been on the block for 20 years?

Gomez-Rejon: It’s only in talking to you that I realize that, Jesus, I was a [production assistant] 25 years ago. Maybe a few years ago I would say I wish this would have happened twenty years ago. But now all of that made its way into this movie. It feels great that people recognize that sometimes the PA can take 25 years but eventually gets to make his movie.

You’ve worked with big names in the industry, like Nora Ephron and Martin Scorsese. What are some things you learned from them that informed who you are as a filmmaker?

The big thing is how I was treated when I was working for them. They always treated me like a colleague, nurtured me as a filmmaker, introduced me to films. The trait they all share is humility and generosity. If Marty mentioned a movie you didn’t know, you’d get a VHS the next day. It’s a tradition I like to continue with everyone from actors to PAs.

You’ve talked about how you wanted to take on this project to help you deal with the loss of your father. How did you envision this project would help?

I found [grief] too abstract to get a handle on. I thought this film would let me give it a shape. I felt I’d be putting myself back together like Greg was. But it was only after the film screened with my dad’s dedication at Sundance that it forced me to talk about it. When I had to start talking about my dad, that became the unexpected second act of this journey. In celebrating him it becomes less about loss and more about the great love.

Did your goal of processing these emotions through making the film happen as you thought it would?

Much more. [After my dad died] the local newspaper in my hometown called me wanting to talk for their obituary. When it was printed, it was a two-sentence soundbite that was just devastating. Like, is that the final word on my dad? If people are feeling the love that went into this, it’s because of my feelings for him. It was so important to me that it didn’t feel manufactured or sentimental.

There’s a whole subgenre of movies that tell love stories between a young man and a dying young woman, from Love Story to The Fault in Our Stars. How conscious were you of these other films when you were making this?

Not very conscious at all. Love Story I’ve seen, though it wasn’t a movie that made an impression on me. The Fault in Our Stars I had not read, and [the movie] came out while we were shooting, so I didn’t want to see it. The whole idea is to have a body of work when I die that would leave something behind that reveals what I was feeling and interested in. So I had no interest in comparing it.

Do you hope to make another movie that’s this personal?

That’s all I want to do. There was a new high that I felt in making the film. The reception and all of that is icing, but in the making of the film I know I changed. That’s the goal and I’ll do that as often as they let me. 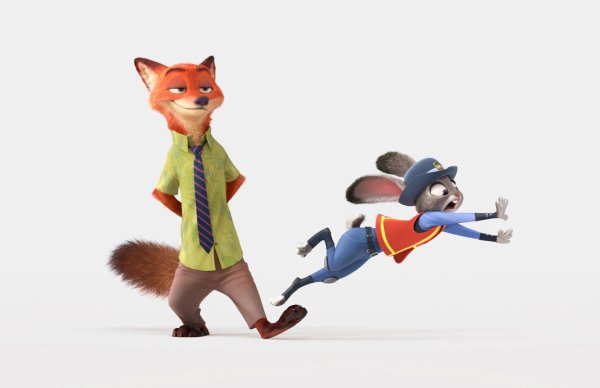 See A Brand New Trailer For Disney's Next Animated Film Zootopia
Next Up: Editor's Pick