This Is Why a Radical Playwright Shot Andy Warhol

Andy Warhol might have made a career out of “photographing depravity and calling it truth,” according to TIME’s 1968 assessment, but even he had his limits — and Valerie Solanas’ brand of depravity was too far out even for this “blond guru of a nightmare world.”

Solanas, a writer and women’s rights activist, pushed feminism to radical new heights in 1967, when she founded the Society for Cutting Up Men (she was its only member) and self-published the SCUM Manifesto, which begins:

She’d crossed paths with Warhol two years earlier, badgering him to produce a play she had written. He passed, later saying that he had skimmed the satirical and highly scatological script and found it so obscene that he “suspected Ms. Solanas was working for the police on ‘some kind of entrapment,’” per the New York Times.

Solanas occupied a place so far on the fringes of the avant-garde scene at Warhol’s Factory that the pair probably wouldn’t be mentioned in the same breath today — except that she forced herself into the historical record on this day, June 3, in 1968, when she shot and critically wounded Warhol, apparently outraged by his rejection and the fact that he had lost his copy of her play.

The shooting brought Solanas the attention she craved, although mainstream feminist organizations, including the National Organization for Women, distanced themselves and disavowed her agenda. Solanas pleaded guilty to assault and was sentenced to three years in prison after being found competent to stand trial. She was later diagnosed with schizophrenia.

Warhol, meanwhile, spent two months in the hospital recuperating from surgeries to repair his damaged lungs, esophagus, spleen, liver and stomach, and in some ways he never fully recovered. His injuries were so severe that he had to wear a surgical corset for the rest of his life, according to the Andy Warhol Museum.

The mental anguish lingered as well. “Since I was shot, everything is such a dream to me. I don’t know what anything is about,” he told the New York Times near the end of 1968. “Like I don’t even know whether or not I’m really alive or—whether I died. It’s sad.”

His experience left him so afraid of hospitals that he refused surgery after being diagnosed with a gallstone in 1973, his doctor told the Times.

“He was convinced if he was hospitalized, he would die,” the doctor said.

Unable to put off treatment after his gallbladder became infected, he finally underwent surgery on Feb. 21, 1987. He died the next day, of a heart attack.

Read more about the shooting, from 1968, here in the TIME archives: Felled by Scum 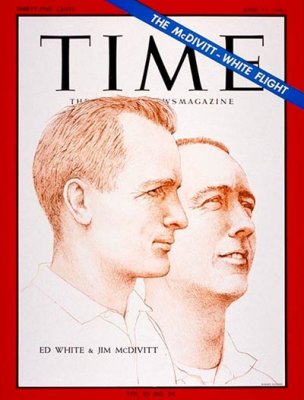 What the First American to Walk in Space Had to Say About the Experience
Next Up: Editor's Pick