It’s a shocking image, but it only represents a fraction of the 200,000 shark fins seized Thursday by Ecuadorian police. They were about to be illegally exported to Asia.

The haul was uncovered in the port city of Manta, southwest of the capital Quito, and would have fetched up to $2 million had it reached its final market, reports the BBC.

The fins are often used to make shark-fin soup, considered a delicacy in most of China. But heavy demand from China’s increasingly affluent population, and brutal finning methods, have led to a decline in shark numbers and many countries have either outright banned finning or have heavily regulated the shark-fishing industry.

A tweet from what appeared to be Serrano’s Twitter account showed what looked like several photos of the grim haul, accompanied by a demand to put an end to criminal networks destroying the ecosystem. 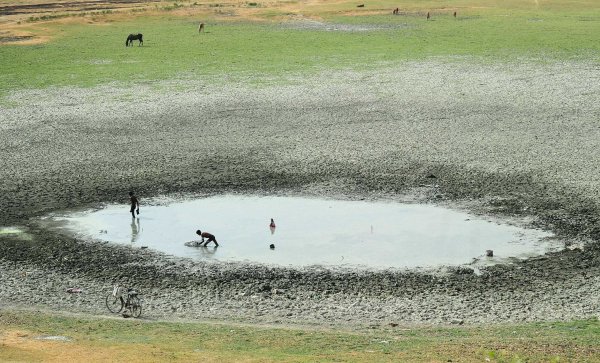 See Images of Indians Coping With a Deadly Heat Wave
Next Up: Editor's Pick