Weldon is the author of memoirs I Closed My Eyes and Escape Points. She is emerita faculty at Northwestern University, senior leader with The OpEd Project and editorial director at Take The Lead.

“Having it all would cost her everything.” That’s the tweet-ready tagline of the 2011 remake of Mildred Pierce, this iteration an HBO series starring Kate Winslet. I never saw it.

I have seen—and more than a few times—the black-and-white, over-the-top 1945 melodramatic horror show original. In it, Joan Crawford (who won the Academy Award for the role) plays Mildred, a single, working mother of two daughters. She struggles her way up from divorced waitress to restaurant chief executive officer, saying lines to her ungrateful, oversexed teenager daughter, Veda, like this one, “I took the only job I could so you and your sister could eat, have a place to sleep and have some clothes on your backs.”

There’s a classic back-and-forth with one of her many gentlemen suitors, who, on his way out, nearly spits to Mildred, “You want Veda and your business and a nice quiet life. And the price of all that is me.” Mildred writes him a check and says goodbye.

I heard the same break-up speech from a partner who declared after six years that he refused to any longer come in last place after my work and my three children, who were 10, 13, and 16 when we started dating. I have heard more recently from men frustrated by my travel schedule, professional commitments, and deadlines that I am too intense about my work. That particular line was delivered by the physician director of the intensive care unit at a major hospital.

No, a working mother cannot have it all. Everyone tells us so.

Just ask Hillary Clinton, the embodiment of ambition in her second quest for the White House, demonized as a mother and now grandmother. Did anyone ask Mitt Romney if he sacrificed much to be away from his children and grandchildren? As Carly Fiorina, former CEO of Hewlett Packard, elbows her way into the presidential race, we’ll see if and how her professional ambition and stepmotherhood are used against her.

It’s like a woman can’t be yin and yang at the same time: We can’t dream to rise to the top if our screensaver features our own kids. Do not fly too close to the sun, Mommie Dearest, if you have hatchlings in your nest. You will crash and burn.

To remind us, we have YouTube clips of classics, TED talks on working moms, and Modern Family episodes presenting the hazards of motherhood as a roadblock to ambition and professional fulfillment. We have the studies and the surveys and the confessions of crazy moms. It’s all just so, I don’t know, impossible.

It’s almost Father’s Day, and it reminds me of all the divisive and derisive camps where we splinter off and hunker down as parents to finger wag, blame, recoil, and claim no one parent does parenting better, no one does it well, but others certainly do it worse.

Perhaps the assumption that blisters most is that to be ambitious and to love what you do as a mother makes you a heartless Medea. Or incredibly wealthy with live-in help. Or married with an amazing parenting partner as Sheryl Sandberg was. Unfortunately as a new widow, Ms. Sandberg is in a rocking boat with her two children, adjusting to its weight shift with one set of oars. I salute her, and I want to reassure her that she can do this—be an ambitious single parent.

I do not believe I am alone in the endeavor to fill myself up professionally and to have enjoyed years of doing so while also spending every weekend and two to three nights a week watching three sons play baseball, basketball, soccer, football, and also wrestle. I do not consider the galaxy stars of hours I spent in those humid, feral gyms being a cheering mom as a hinderance to my career.

I feel my presence and my support to my sons made a difference. I also feel that the hours I spent teaching at a university, writing articles and books on deadline and giving seminars to thousands of people around the country made a difference. If not to my students and audiences, then definitely to me.

The painful, arduous narrative that surrounds working and parenting is not altogether truthful. Yes, it is mostly in the realm of the privileged, and meaningful work is not available to everyone. But I do not feel that it is a guarantee that every mother always must sacrifice, sacrifice, sacrifice to have both a family and work that is fulfilling. I do not believe that your mind has to suffer for your heart.

I feel you have to try and emboss the gray areas with improvised effort and attempt to give of yourself wherever you are most needed. You take a sick child to the immediate care center during after-work hours instead of the middle of the day. You finish the speech at 1 a.m on your laptop propped up in bed instead of by 5 p.m. seated neatly at your work space. You share babysitting, you multi-task, you wake up early.

And you tell everyone who listens that motherhood is not where ambition goes to die. Especially your children. Yes, especially them. 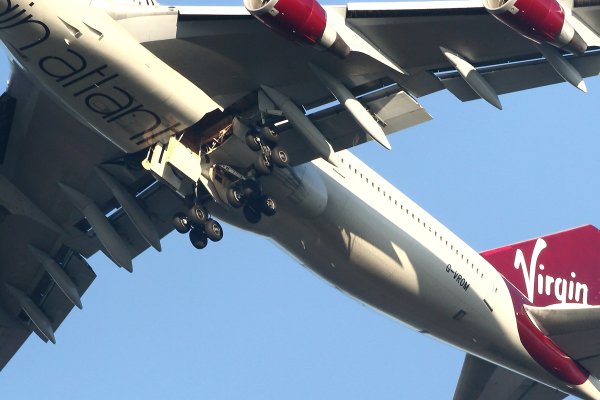