Sheriffs Are Lonely Holdouts as Police Body Cameras Grow in Use

A body camera is displayed at a news conference at the Sheriff's Headquarters in the Monterey Park section of Los Angeles on Sept. 22, 2014.
Nick Ut—AP
By Josh Sanburn

In Illinois, only four of the state’s 102 sheriffs have adopted body cameras. In Florida, just two of its 66 sheriffs have implemented them. And in other states across the country, many other sheriffs are hesitating before outfitting their officers with a technology that other departments and police chiefs are widely embracing.

As law enforcement agencies increasingly purchase body cameras as a way to build trust with the citizens they police—and provide transparency following several recent high-profile police-related deaths—sheriffs are emerging as one of the lone hold-outs. More than 7,000 of the 18,000 police departments around the U.S., which includes sheriffs’ departments, have adopted cameras, but only a fraction of the 3,000 sheriffs agencies have done so.

Vievu, a body camera manufacturer that counts more than 4,000 police agencies as clients, says only 100 of its customers are sheriffs, while TASER International, which includes 3,000 police department clients, says only about 360 are sheriffs. Cost is the main issue for many, especially for those who maintain a small force with a handful of officers. In states where public records are easily obtained, privacy issues are a concern. Some are waiting for their legislatures to decide on statewide body cam policies, while others have simply come out wholly opposed to their effectiveness.

Sheriffs generally serve a broader constituency than police chiefs, and often reside over rural areas that don’t have the same demographics or internal patterns of racial segregation as the big metropolitan areas that have tended to adopt cameras in lock-step. And because they’re directly elected, sheriffs don’t have to answer to a mayor or city council members, who may be feeling political pressure from the community to adopt cameras.

“They’re far more difficult to influence, far less pressured because they can always make an appeal directly to the public, whereas a police chief can’t do that,” says Dennis Kearney, a John Jay School of Criminal Justice professor. “They can resist better than a police chief can, and they’re going to feel probably a good deal more support and less criticism from the populations they serve because they’re elected.”

Sheriff Ricky Adam of Hancock County, Miss., says the costs associated with the cameras and the storage required to keep hours of video data are too much for his department, which includes just 50 deputies.

“We haven’t been able to buy a new patrol car going on four years,” Adam says. “I don’t know how I possibly have the money to spend on cameras.”

Many Illinois sheriffs are waiting to see whether Gov. Bruce Rauner will sign legislation to clarify the state’s dual-party law, which requires two-party consent for any recording. Greg Sullivan, executive director of the Illinois Sheriffs Association, says his organization has been working with lawmakers to determine when a suspect can be recorded, whether it can be done without verbal consent, and whether the cameras can be turned on and off while officers are on patrol.

Similarly, sheriffs in Florida have had to grapple with the state’s public records laws, often considered the most transparent in the country. In May, the governor signed into law a measure that would exempt body camera footage from public records requests involving recordings inside someone’s home, in a hospital or at the location of a medical emergency.

A number of sheriffs have simply decided the cameras aren’t necessary. Late last year, Beaufort County Sheriff P.J. Tanner in South Carolina wrote a public letter saying video would catch “good people on their worst days” and invade their privacy. It would also “unnecessarily expose investigative crime scene techniques,” he said, while citizens would be more reluctant to speak with deputies about problems if they’re on camera.

“Our sheriffs are very independent thinkers,” says John Thompson, deputy executive director of the National Sheriffs Association. “They don’t have to answer to any one individual.”

While TASER’s Smith says only a small part of their business is from sheriffs, he’s seen a recent uptick in interest thanks to what he believes is heightened focus on body cams and public pressure. And Thompson says a number of sheriffs he’s talked to are interested in adopting them, but many are waiting for more data to show their effectiveness.

“The majority who I’ve spoken to, they say it’s a good idea and they’re going to look into it,” Thompson says. “But we can’t get into this knee-jerk reaction that everybody has to have them. Not one shoe fits all.” 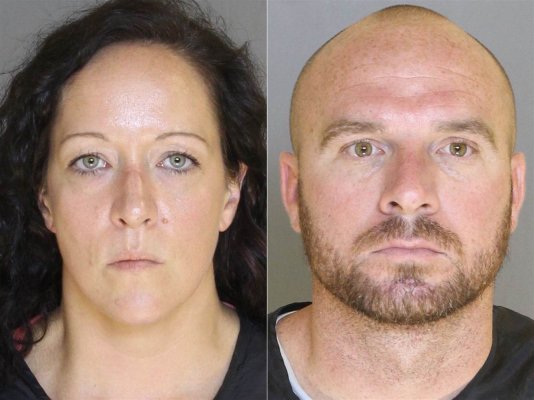 Parents Banish Teen For Eating Pop-Tart
Next Up: Editor's Pick