Chris Christie to Pull New Jersey Out of Common Core

New Jersey Governor Chris Christie will announce Thursday he is pulling his state out of the Common Core education standards, bowing to pressure from teachers and parents, as well as conservative fears about government overreach.

Christie, who is expected to declare his candidacy for President in the coming months, began a review of the standards a year ago, just as the issue began bubbling up in town-hall meetings in New Jersey and on the campaign trail.

Developed as a bipartisan proposal by state governors and states’ chiefs of schools six years ago, Common Core has become increasingly toxic politically among conservatives. Several Republican governors who initially supported the Common Core have backed out in recent years, and others have worked hard to distance themselves from it.

Christie’s announcement comes the same day that a lawsuit regarding Common Core, initiated by Louisiana Governor Bobby Jindal, who once supported the standards, was heard in a Baton Rouge court. Jindal is suing the U.S. Department of Education for allegedly “coercing” states into adopting Common Core by tying $4.35 billion in federal funding from Race to the Top, and waivers from No Child Left Behind, to the adoption of high standards.

The Obama Administration has moved to dismiss the case on the grounds that states were never required to adopt Common Core in particular, but instead to adopt any “rigorous standards” of their choosing. Forty-six states signed onto Common Core after it was finalized in 2010.

“It’s now been five years since Common Core was adopted. And the truth is that it’s simply not working,” Christie will say in a speech at Burlington County College in New Jersey on Thursday afternoon. “It has brought only confusion and frustration to our parents. And has brought distance between our teachers and the communities where they work.”

The move sets up a contrast between himself and former Florida governor Jeb Bush, who remains a supporter of the standards. While Bush has distanced himself rhetorically from the policy, choosing not to use the words Common and Core, his education foundation helped fund and advocated for their implementation nationwide. Ohio Governor John Kasich, a likely GOP contender, has also stood up in defense of Common Core, condemning those in his party who have turned their back on them.

“Sometimes things get to be political and they get to be runaway Internet issues,” Kasich said in New Hampshire in March. “We don’t want the federal government driving K-12 education, and in my state — the state of Ohio — that is simply not the case.”

Christie is tasking David Hespe, the commissioner of the state’s department of education, to lead a panel that will develop a new set of standards for the state.

Common Core has also been a major bone of contention in Democratic states, where opposition to the standards is linked to objections to an uptick in standardized testing. Last year, Chicago schools chief Barbara Byrd-Bennett tempted federal sanctions by announcing that she did not intend to force her students to take the tests associated with Common Core. Tens of thousands of New York State students also opted out of the Common Core testing regime. 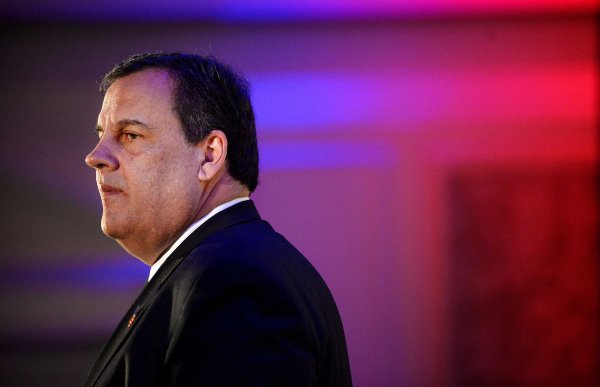