Why You Should Put a Fried Egg on Your Salad

Eating eggs with your salad actually helps you absorb more nutrients from the veggies, according to a new study, which builds upon earlier research about eating fat and vegetables in combination.

In a small study, published in the American Journal of Clinical Nutrition, researchers had male volunteers eat different versions of a mixed-vegetable salad. One salad had no eggs, one had 1.5 scrambled eggs and one had three scrambled eggs. The test salads had tomatoes, shredded carrots, baby spinach, lettuce, and Chinese wolfberry and 3g of canola oil. Their goal was to see how well the men absorbed carotenoids—a kind of antioxidant—from the salad.

By testing the mens’ blood, the researchers discovered that the men who ate the salads with eggs had higher levels of carotenoids in their system. The effect was higher for when the men ate the three eggs with their salad, but the researchers say that two eggs should be enough for a significant effect.

What’s so special about eggs? It’s the fat in the yolk. Prior research, including research from the authors of the new study, show that eating vegetables with a fat can increase absorption of certain nutrients. That’s because carotenoids are fat-soluble compounds, which means fats help them enter the blood stream. “We believe it’s the lipids or fat in the yolk that are helping,” says study author Wayne Campbell, a professor of nutrition science at Purdue University.

The researchers chose to study eggs because they are a common salad-bar topping, and they decided to scramble them to make sure the men in the study were eating the whole eggs, especially the yolks. But if you eat a salad with a poached egg on top, that can help too. “If [one egg] was the only source of lipids or fats, it may not be optimal, however, if you are also including some fat-containing salad dressing or some cheese, those will all contribute to the total amount of fats in your meal and that’s helpful,” says Campbell.

Next time you’re having a salad for lunch, don’t get the dressing on the side. And definitely feel free to put some eggs on it. 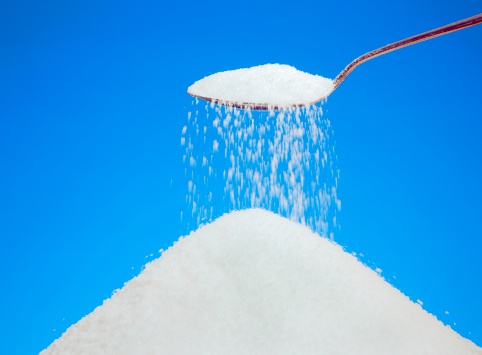 9 Ways to Quit Sugar for Good
Next Up: Editor's Pick