Here's How Major FIFA Sponsors Are Reacting to the Scandal

The dollar figures associated with the FIFA are all outsize, including the amount of money it garners every year from marketing partnerships. In 2014, it was $177 million.

The corporations that contribute to that sum immediately became the target of scrutiny on Wednesday when the United States Department of Justice unsealed a 47-count indictment that charged nine FIFA officials and five sports marketing executives with racketing, wire fraud and money-laundering.

The indictment placed FIFA sponsors in a pickle: should they continue to market their products through a sport with millions of fans but whose governing body is allegedly seeping with corruption?

Visa Inc., which has partnered with FIFA since 2007, told The Wall Street Journal the investigations could cause the company to end its agreement, which runs until 2022. Visa said that it had informed the federation that it “will reassess its sponsorship” if FIFA fails to rebuild “a culture with strong ethical practices to restore the reputation of the games for fans everywhere”

Adidas AG told the Journal that it was monitoring the situation, as did Coca-Cola and McDonald’s. Hyundai Motors said it was “deeply concerned” about the allegations.

It’s safe to say FIFA’s sponsors are in a tough spot. Wednesday’s indictment was scalding, but it’s unlikely to deplete the sport’s massive fan following. An estimated 1 billion people watched at least one minute of the 2010 World Cup final. For comparison, 114.4 million people tuned into this year’s Super Bowl.

Like it or not, FIFA sponsors’ immediate reaction to Wednesday’s news is in line with how sponsors have reacted to other sports scandals. When the National Football League faced criticism this fall for how it handled players’ questionable conduct, companies like Pepsi and Anheuser-Busch voiced concern over the incidents but they never withdrew their sponsorships. 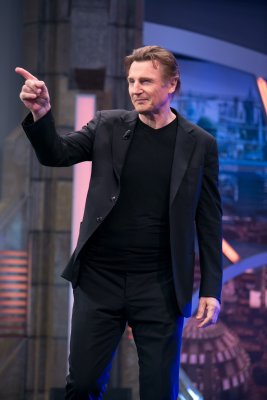 Liam Neeson Has a Very Particular Set Of Product-Endorsing Skills
Next Up: Editor's Pick