Attorney Benjamin Crump speaks during a news conference at Greater St. Mark Church on Nov. 25, 2014, in St. Louis County, Mo.
Jeff Roberson—AP
Ideas
By Benjamin Crump
Benjamin L. Crump is the attorney for the families of Trayvon Martin, Michael Brown, and Corey Jones and is a former President of the National Bar Association

On Tuesday, the U.S. Department of Justice announced that it had reached an agreement with the City of Cleveland over allegations that the city’s police department engaged in a pattern of using excessive force. Just days before, on Saturday, a judge acquitted Cleveland police officer Michael Brelo for his role in the 2012 fatal shooting of two unarmed people in a car, both of them black.

It’s now been more than 20 years since the enactment of the 1994 Violent Crime Control and Law Enforcement Act, which gave the Department of Justice the legal authority to investigate state and local law enforcement agencies that it believes have unconstitutional policies or engage in unconstitutional patterns or practices of conduct. It’s been 50 years since the violence of Bloody Sunday. Yet the arc of justice has bent until it is no longer visible to those who have lost their loved ones to such fates. I’m disappointed with the Brelo verdict, but I’m hopeful that those in power can bring change from the systemic unjust that has plagued communities of color for far too long.

I applaud the Justice Department’s findings and the efforts of the City of Cleveland to work with the department to bring about change. But I’ve seen this story before, in HD-clarity, and unless there is a strong desire from those in charge to manage the changes that are needed, we will continue to see the uprisings of Ferguson, Baltimore, New Orleans, Detroit and Cleveland all across the U.S.

America needs a system-wide change in how it polices. This issue should not only be discussed when it rears its ugly head in the next city of unrest; there have to be changes in hearts, minds and laws. It should never be acceptable for a 12-year-old child to be gunned down by police while playing on a playground, and subsequently for that child to be blamed for his own death, rather than the negligence of police, who all too often seem to see African Americans as a threat no matter their age.

It should no longer be acceptable for police to use questionable emotion as a means to justify killing unarmed and oftentimes innocent citizens, without accountability or charges. Brelo’s defense used the modus operandi of “fear” to justify a high-speed chase and the more than 130 bullets shot by officers that night. But his actions reek not of fear, but of someone who disregarded his own training and standards of conduct.

Our police cannot be judges, juries and executioners of our citizens. Cleveland’s new agreement has many changes and rules that will be put in place, but they must be properly administered and then followed. Otherwise it will amount to nothing more than words on paper, leading to another cycle of ineffectiveness and distrust.

Sadly for me, the Cleveland agreement is a hollow victory as we await the ruling on the death of Tamir Rice, and in the wake of the fear and pain that his family continues to deal with from not only his death but from not knowing whether or not those involved will ever be charged for their crimes.

As former Attorney General Eric Holder said, “Accountability and legitimacy are essential for communities to trust their police departments, and for there to be genuine collaboration between police and the citizens they serve.” 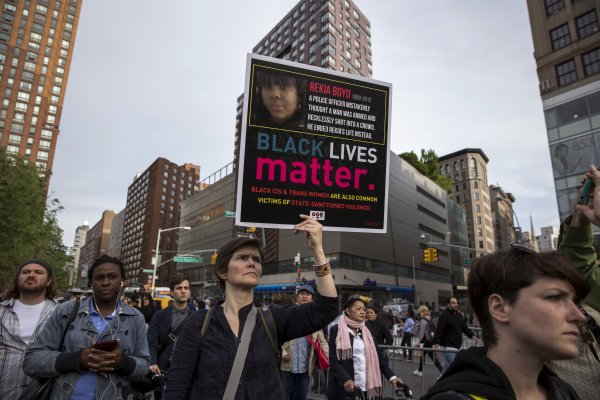