J.K. Rowling Had An Incredible Twitter Fight With the Westboro Baptist Church

It didn’t take long for the Westboro Baptist Church to taunt J.K. Rowling on Twitter for her awesome response to Ireland legalizing same sex marriage. But the Harry Potter author fired back in kind.

After Ireland legalized same sex marriage by popular vote, Rowling tweeted a meme suggesting that if Dumbledore, beloved Hogwarts headmaster, and Gandalf, Lord of the Rings wizard, were gay together, they could now get married in that country.

The extremist Westboro Baptist Church tweeted at the author, saying they would picket the fictional wedding. That’s when Rowling shot them down:

Rowling was criticized by some fans for drawing more attention to the group by publicly engaging with them. But she had a response for them as well: 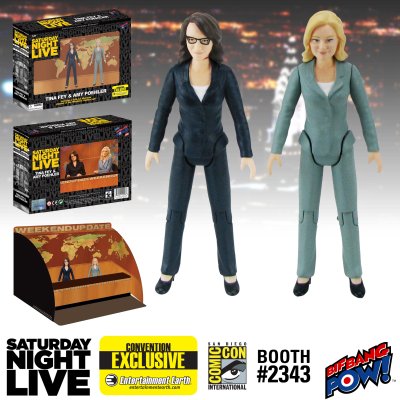 You Can Soon Buy Tina Fey and Amy Poehler Action Figures
Next Up: Editor's Pick