In 1983, Mary Ellen Mark, then a photographer on assignment from Life, spotted “Tiny,” a striking 13-year-old living on the streets of Seattle. But when Mark approached, Tiny ran. “I walked too directly and quickly,” Mark later recalled. “She thought I was the police.” So Mark changed her approach–researching where Tiny usually stayed, visiting her and her mom, and eventually asking to take Tiny’s photograph. This time she said yes. And Tiny (originally Erin Charles) became the enduring face of Streetwise, Mark’s book and award-winning documentary, which is now widely regarded as one of the best portrayals of America’s troubled youth.

This was what made Mark, who died May 25 at 75, so good at telling other people’s stories–especially those from “people on the edges,” as she put it. She forged real connections. “She was always inside their world with them, asking them genuinely curious questions, listening with concern to their answers, turning her lens into a bridge rather than a wall,” says Anne Fadiman, a former Life writer who worked with her. Over the years, Mark extended that bridge to mentally ill patients, circus performers, prostitutes–and eventually, after being hired by Vanity Fair, to celebrities (Robin Williams) and saints (Mother Teresa). Below, a sampling of remembrances from some of the people who knew her best.

‘Mary Ellen Mark had a big heart and opened it to her subjects. Her desire to understand them was palpable.’

‘She was my teacher and my friend, and I will miss her pointing her finger at me and saying, “You’re still using film, right?”‘

‘While I was deeply inspired by her unique artistry, I came to appreciate her even more as a person.’

‘Her subjects looked at her in the same direct way she looked at the world: openly, honestly, fearlessly.’ 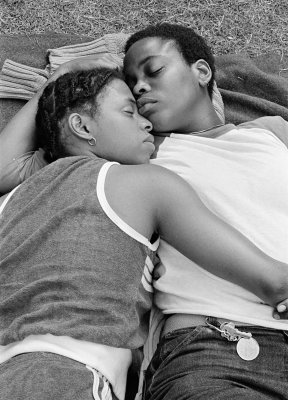