A bartender in France has been given a four-month suspended jail sentence after he served 56 shots to a customer who subsequently died, the Guardian reports.

Gilles Crepin, 47, was convicted of manslaughter after Renaud Prudhomme, 56, died after a drinking contest in October 2014 at a bar in the town of Clermont-Ferrand in central France.

The court was told that the bar displayed on a notice board the record number of shots that had been consumed on the premises and that Prudhomme wanted to beat the record.

Crepin admitted that the display was a mistake because it encouraged Prudhomme to go too far, the Guardian said.

Prudhomme suffered from alcohol abuse and respiratory complications that were unknown to the bartender. After downing the shots, he was rushed to the emergency room and died the next day in the hospital.

Crepin’s lawyer, who plans to appeal the sentence, said, “We can’t ask every customer who buys alcohol to present their medical certificates.”

However, counsel for Prudhomme’s daughter countered, “We want to remind some professionals that it is illegal to serve alcohol to clients who are in an advanced state of inebriation.”

Crepin has also been banned from working in bars for a year. 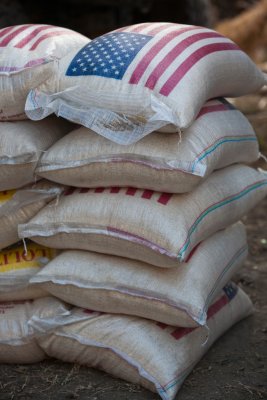 Most Foreign Aid Does Not Go to Neediest Countries
Next Up: Editor's Pick