Next Up for GoPro: Virtual Reality and Drones

GoPro's CEO Nick Woodman holds a GoPro camera in his mouth as he celebrates his company's IPO at the Nasdaq MarketSite in New York, June 26, 2014.
Seth Wenig—AP
By Kia Kokalitcheva/Fortune

Virtual reality is becoming the name of every big tech company’s game. That includes GoPro, the company that gave extreme sports enthusiasts a camera they can strap onto their helmets.

At the Code tech conference outside Los Angeles Wednesday, GoPro CEO Nick Woodman unveiled the company’s next product: A camera system for snapping images that can be turned into virtual reality.

The new awkwardly named product, Six-Camera Spherical Array, will be available sometime in the second half of the year for an as yet undisclosed price. As the name implies, it’s made up of six cameras.

GoPro previously acquired a startup named Kolor, whose technology is serving as the backbone of the virtual reality camera system. Kolor’s software will turn the photo and video shots into virtual reality while people can use its smartphone app to view the imagery.

To get the full effect of virtual reality, users would have to don virtual reality headsets like Oculus, Google Cardboard, and Microsoft’s HoloLens. For smartphones, YouTube 360 and Kolor’s apps also work.

Woodman also said that GoPro (GPRO) is working on a drone — a quadcopter, in this case — that is slated to come out in the first half of 2016. Again, no details about pricing.

Woodman also added that while the company is working on its own drone, it would continue to work with other manufacturers whose drones can be equipped with GoPro’s cameras. 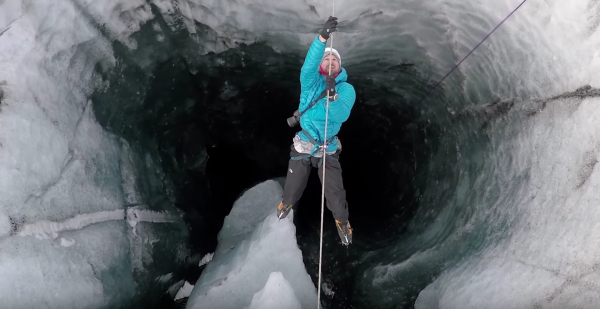 Here are the Best GoPro Videos of 2016, According to GoPro
EDIT POST