If you’ve danced to Flashdance, Donna Summer or the theme from Scarface, then you’ve danced to Giorgio Moroder. The Italian producer, songwriter and DJ is widely regarded as the father of modern dance music, and his list of collaborators (from Elton John to David Bowie to Daft Punk) reads like a who’s-who of the last 40 years of popular music.

Moroder has kept plenty busy over the past several decades—scoring films, racking up Grammys and Oscars and touring internationally as a DJ—but he hasn’t released a studio album since 1985’s Innovisions. On June 16, he’ll release the follow-up to that album, DÉJÀ VU—providing ample proof, in case anyone needed it, that the beat definitely goes on.

To offer a sampling of what can be expected on the album, Moroder teamed up with director JIMES for a music video that sets segments of all 10 tracks to dance. Sia, Charli XCX, Kylie Minogue and Britney Spears, among others, lend vocals to the tracks, while Caitlin Kinney, Megan Kinney and Ade Obayomi choreographed and performed the epic dance medley.

The music video, a Hyper House Film, blends various styles of dance, from hip hop to disco, to capture the essence of each song in its purest, most physical form—fitting for a man whose greatest legacy may be his open invitation to the dance floor. When Moroder spoke to TIME in February, he tried to explain the secret to writing a perfect song: “The rhythm. The hook has to be great. The lyrics of the hook. The voice. And, of course, the timing.” In a nutshell, everything. It’s a formula Moroder nailed down decades ago. 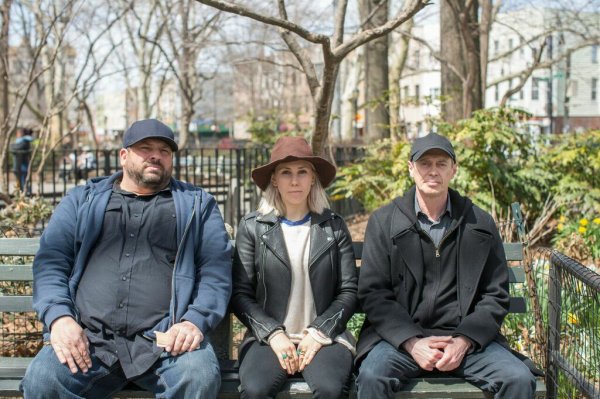 How Steve Buscemi Created a Hit Talk Show on a Park Bench
Next Up: Editor's Pick