Speaking on-stage at the Code tech conference near Los Angeles, CBS CEO Les Moonves said that his network will “probably” sign a deal with Apple to be part of the service. Apple is said to be preparing a streaming TV service that will bundle shows and channels that people normally get through cable providers.

“We’re very excited about it,” he said, adding that he met last week with Apple’s VP of Internet software and services, Eddy Cue. The conversations are still ongoing, however, and nothing’s set in stone yet.

While the service is still being developed and its release has reportedly been delayed, it could become a success. Television viewers are increasingly balking at shelling out big bucks for hundreds of channels — most of which they don’t watch — and that provide limited flexibility in how they can be viewed. Instead, many are turning to online video services like Hulu and HBO Go, which offer individual television shows on demand.

“Apple TV is trying to change the universe,” Moonves said. “I think the age of the 200 channel universe is slowly dying.”

“The good news for us, is any one of those groups will need CBS,” he said about the various competitors like Apple and Sling that are trying to create online television packages. Larger networks like CBS could benefit by getting a larger proportion of the revenue from these new services than they do from traditional cable television packages. 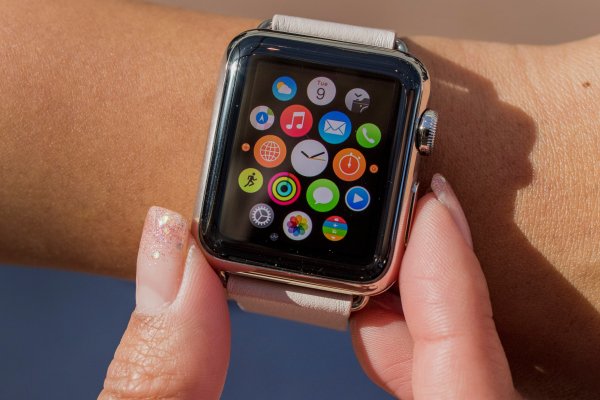 Why the Apple Watch Will Get Way Better in the Fall
Next Up: Editor's Pick