Rick Santorum, in announcing on Wednesday that he would try for the Republican nomination for the 2016 presidential race, joins a crowded field of political contenders.

But it won’t be the first time that the former Pennsylvania Senator and 2012 also-ran has made a splash as part of a large group.

When Santorum first made national news, it was in 1994, as an upstart Congressman going to bat for Senator Harris Wofford’s seat. In covering the race, TIME cast Santorum as a barometer of the nation’s stance toward issues that stretched far beyond the state’s borders:

As we now know, of course, Santorum was right.

That was the year of Newt Gingrich’s ascension, and when election time rolled around, the Republican Party’s midterm gains were immense. As TIME put it, “voters angrily revoked the Democrats’ 40-year lease on the Congress,” as the G.O.P. picked up seats in both houses of Congress and in gubernatorial seats across the country. Representative Toby Roth of Wisconsin put it even more strongly: “[This] was more than an election. It was a revolution.”

Santorum’s conservative appeal to voters carried the day in Pennsylvania, just as his colleagues found success in other states. The political sea change of 1994 continues to reverberate throughout the political world—and Santorum’s latest try for the presidency is only one way of many. 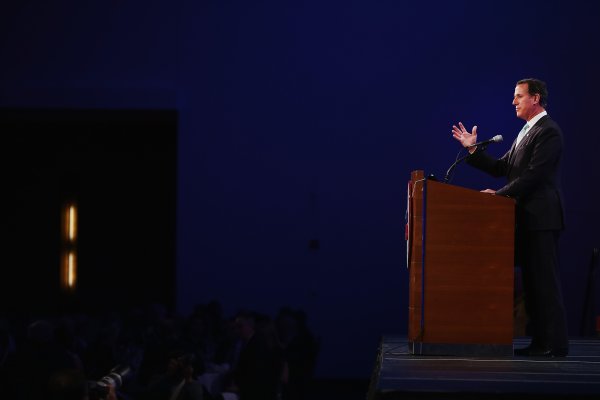