It was exactly 50 years ago—on June 3, 1965—that astronaut Edward White stepped into space.

White wasn’t the first human to do so. A few months earlier, the USSR had sent Alexei Leonov to make those first tentative tumbles through the vacuum. The news of his secrecy-shrouded accomplishment sent shudders throughout the American side of the space race. But White, the first American to experience a spacewalk, was still making history.

For one thing, as TIME proclaimed in its headline about the spacewalk, he was “closing the gap” between the Soviet Union and the United States. Though Leonov had gotten there first, White spent double the time outside the spaceship and, NASA boasted, was able to maneuver his way around rather than floating helplessly. The mission, Gemini 4, represented a new stage of manned spaceflight in the U.S., which was to the previous Mercury missions “what a Thunderbird is to a Model T,” TIME noted.

And for another thing, walking in space was just plain cool. Though the USSR released grainy photos of Leonov in space, White’s mission came complete with the full transcript of what the experience was like. As TIME reported:

Read more about the flight, here in the TIME Vault: Closing the Gap 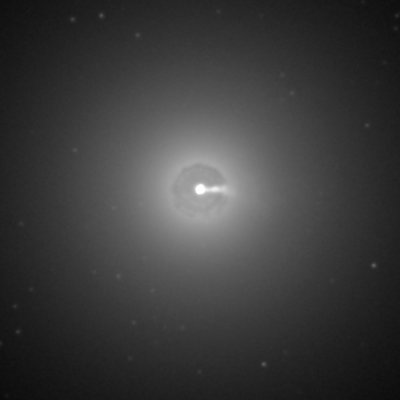 Watch a Superfast Jet of Gas Burst from a Massive Black Hole
Next Up: Editor's Pick