Everything You Need to Know About Android Auto

Google’s operating system for cars has finally arrived. Android Auto, which lets drivers control popular smartphone apps through their car’s dashboard interface, is now available in the 2015 Hyundai Sonata and will be rolled out to additional vehicles in the future.

Here are the key insights from reviewers at The Verge and the Wall Street Journal who have taken Android Auto for a test drive.

While driving, Google wants you to put your phone away completely and rely on Android Auto to make phone calls, get directions, queue up music and even send texts. Drivers are locked out of their smartphones while the device is connected to Android Auto. Apps like Maps are as fully-featured through the car as they are on a smartphone (though you can’t look up walking or transit directions).

You’ll be doing a lot of talking

In order to increase driver safety, Android Auto encourages people to use voice commands instead of having drivers type information. You can simply speak to ask Android Auto for directions or to place a call. The app itself is pretty talky as well. For instance, it will read aloud text messages you receive and also read back texts that you dictate before you send them off to friends.

Music is at your fingertips

Listening to music is one of the most common activities in the car, and it’s a key part of Anroid Auto. Currently compatible services include Google Play Music, Spotify and iHeartRadio (Pandora isn’t currently supported). Users can use voice search to find songs or artists, though reviewers said the feature worked much better with Google Play Music than with third-party apps. There’s also a quirk that limits how far drivers can scroll through a playlist in order to prevent long periods of distraction from the road, so it would be hard to comb through a whole music library using the app.

Your car is now your personal assistant

In addition to expected features like navigation and music playback, Android Auto makes use of Google’s digital assistant Google Now to offer context-sensitive suggestions for getting through your day. The app may present navigation directions to your office when you get in the car in the morning, for example, or present the route home when you boot up the car in the evening.

Overall, reviewers tended to agree that Android Auto is a big step up from the clunky navigation systems that have become standard in many new cars. With Apple’s CarPlay also planned to roll out to more vehicles soon, expect the smartphone to soon become a standard tool for in-car navigation and communication. 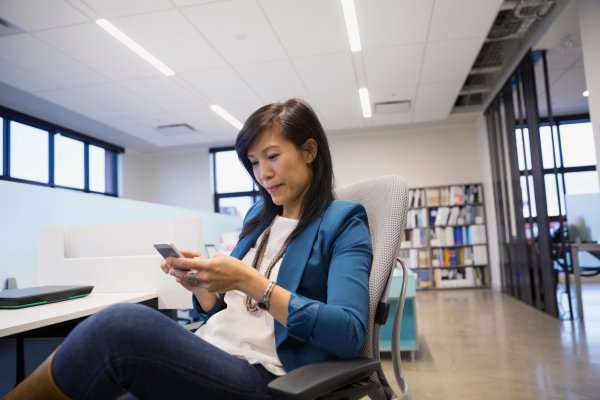 How Your Cell Phone Knows If You've Been Laid Off
Next Up: Editor's Pick