The latest statistics on teenagers paint a rosy portrait of American teens. They’re drinking, smoking and bullying less than they used to, and fewer are getting pregnant.

“Adolescence is an inherently risky time,” says Dr. Stephanie Zaza, the director of the U.S. Centers for Disease Control and Prevention’s (CDC) division of adolescent and school health. “They are stretching their wings. We can’t eliminate all risk, but we are seeing overall good trends in all areas.”

Here’s a snapshot on teen behavior, based on recent reports:

Recent data from the U.S. Department of Education’s National Center for Education Statistics showed bullying at school was on the decline. Bullying among kids ages 12 to 18 dropped to 22% in 2013. The rate is lower than the 28-32% that was reported in all other survey years since 2005. Even cyberbullying—the use of electronic services to harass someone—has dropped. Only 6.9% of students reported being cyberbullied in 2013 compared to 9% in 2011.

Zaza adds that bullying has often targeted LGBTQ youth, and with increasing acceptance and major policy changes regarding same-sex marriage in the news, social norms regarding sexuality may be changing too, and that may contribute to less fighting.

Teens are smoking less, too. In the last CDC National Youth Risk Behavior Survey (YRBS), which analyzes health risk behaviors among high school students, revealed that the high school smoking rate had dropped to 15.7%, the lowest recorded level since the survey started in 1991. It meant that the CDC had met its goal of lowering the adolescent smoking rate to under 16% by 2020, several years early.

Zaza says what’s responsible is a combination of widespread public health initiatives and changing social norms. “When you look at excise taxes, smoking bans, quit lines, campaigns and innovations in therapies, you see this amazing trend in adult and youth tobacco use,” says Zaza. “With all of those changes came a really big change in the social norms around smoking.”

Still, data from the CDC suggests that while high schools are smoking fewer cigarettes, e-cigarette use tripled among middle and high schoolers in just one year.

The number of students who drink alcohol also dropped. Though it was still high at 35%, teens reported less physical fighting in school, and most students who were sexually active used condoms.

National teen pregnancy rates are also at a record low, with recent data from the U.S. Department of Health and Human Services (HHS) showing a continuous drop over the last 20 years, with a 10% decline just between 2012 and 2013. It’s unclear what is driving the decrease, but it appears teenagers are less sexually active than they have been in the past, and teens that are sexually active report using some form of birth control.

“There’s no doubt birth control and sex education are the most important factors in reducing unintended teen pregnancy,” Cecile Richards, president of Planned Parenthood said in an email. “Teens are increasingly using IUDs and implants, which are the most reliable methods of birth control.”

America’s teen pregnancy rate is at a record low, but it’s still higher than many developing countries.

“I worry about these numbers,” says Zaza, adding that there’s still room for improvement. 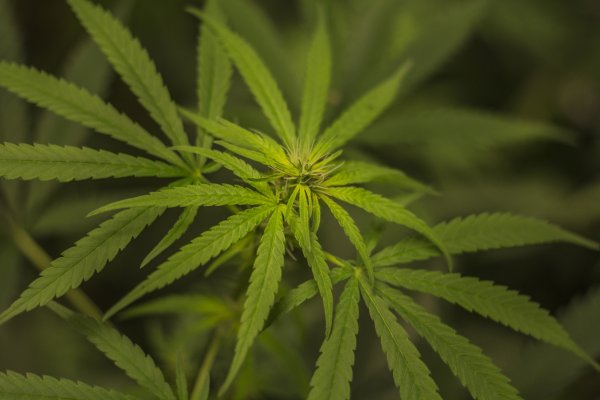 Mixing Booze and Pot Increases the THC in Your Blood
Next Up: Editor's Pick