Photo Expert: 'A Manipulated Image Is Not Necessarily a Lie'

In this photograph of North Korean troops engaging in a trianing exercise, eXo maKina was able to detect that parts of the image had been duplicated and enhanced.
Korean Central News Agency (Filters: eXo maKina)
By Nathalie Hof

In the age of digital photography, it’s become increasingly easy to modify, process or manipulate the content of an image, and increasingly harder to sort truth from fiction.

In 2009, under the impulsion of the French Ministry of Defense, the computer science technologies company eXo maKina developed Tungstene, a program that can reveal changes made to a digital file. Just a few weeks after World Press Photo, the world’s leading photojournalism competition, was forced to disqualify 20% of final entries because of excessive manipulation, Roger Cozien, the man behind Tungstene, discusses the relevance of truth in photography in an interview first published in French in OAI13 and republished here for the first time in English.

Nathalie Hof: What is Tungstène, and why did you develop it?

Roger Cozien: First of all, there are a few elements I would like to clarify: within the company eXo maKina, we never use the term “editing”. This word means nothing and everything at the same time. Everybody uses it and in fact, when using Tungstène, this is not what we expect to detect. We talk about “alteration” and “manipulation”. And when we notice an underlying intention to mislead, we talk about “falsification” or “intrusion”. We prefer those terms to straightaway specify that we are not at all in the aesthetic field.

Getting back to your question, we were asked to work on Tungstène by the French Ministry of Defense in 2009 in order to evaluate the photographs available and circulating without restriction on the Internet. The Ministry was interested in the international press, particularly the online one, but also in the social networks and all types of blogs. These are uncontrolled information and communication media, especially when they come from war zones where propaganda can be very strong. It is in this context that the Ministry of Defense needed a verification tool.

Nathalie Hof: How does it work?

Roger Cozien: There is hardly any photographic aspect: we are in the digital field. We do not deal with photography, but with information from mathematical, physical and computer sciences perspectives. We use a computer file inside which there is a digital photograph. To sum up, we could say it is mathematics. The software makes calculations thanks to filters divided in several families. Each family of filters gives specific information about the file. These filters aim at detecting anomalies. They give you any and all specific and particular information which can be found in the photograph file. And these particularities, called “singularities”, are sometimes only accidental: this is because the image was not well re-saved or that the camera had specific features, for example.

The software in itself is neutral: it does not know what is an alteration or a manipulation. So, when it notices an error, the operator needs to consider whether it is an image manipulation, or just an accident. In order to do so, he tries to confirm the image by checking whether several filters notice it. This is what we call filters convergence. This means in general that the action taken was deeper and more important than simple development.

Roger Cozien: It is mainly used by the AFP. As an agency, it receives images coming from many different sources: their own photographers, other agencies worldwide, freelance photographers, as well as more and more amateurs. Before circulating an image which can be false, the AFP wants to verify its authenticity. All images are not verified: it depends on what is at stake and/or if they have a doubt. [We’re talking about] quite spectacular photos or photos coming from non-democratic countries. It also happens that the rest of the press – the distributors – contacts us to check images linked to very important events on a case-by-case basis. The French weekly magazine Nouvel Observateur, for example, called us in 2011 when Osama Bin Laden was killed by the American military.

In this photo of King Jong-un, eXo maKina was able to detect that the North Korean generals' medals were enhanced in post-processing.
Korean Central News Agency (Filters: eXo maKina)

Nathalie Hof: Are there a lot of altered images published in the press?

Roger Cozien: A significant number indeed. With different levels of alteration, however. On some of them, the manipulation is very light. Considering whether an image was altered means entering into semiotic. In semiotics, we consider that there is no neutral image. I hear many people saying that photography has to be neutral. But it is not true, it does not make any sense! All photographs carry a message and are the reflection of a point of view, if only through the framing.

There is no guide or criteria saying what is acceptable and what is not. Every agency, every newspaper has its own criteria. I have followed the debates regarding image manipulation and staging set off by the World Press Photo this year. The problem with the World Press is that it applies rules which are not often distributed in advance and are not clear. The point is: what are the rules? At what point can we say that an image was manipulated or not? Did they have themselves an in-depth discussion about what was acceptable and what was not? I have the impression that the people behind the World Press Photo and at festivals such as Visa pour l’Image completely forget these semiotic aspects and are only focusing on the photographic aspects. So, they generally write nonsense.

We are working on the subject with a specialist in semiotics, and we are planning to publish a book soon. We try to explain that we need rules that are understandable and practical for photographers, for agencies, and everyone interested in the image in general. And we need to have the tools to verify that these rules are applied, otherwise, it is absolutely useless.

We are all mistaken in considering that photography is the witness of reality. It’s wrong. Photography is a way for the photographer to express himself. The question is not: “What does the photograph show?” but: “What did the photographer mean?” Take a photographer coming back from Nepal. His speech will be very emphasized: “I was in Nepal, it was dreadful, unbelievable, horrifying!” Someone writing a press release using those terms will not be told: “Sir, you said it was dreadful but it was not, it was only tragic.” We never have this type of reflection. We never blame a journalist or a witness for using an inappropriate word. However, a photographer saying: “I saw a fire. My photograph was not representative enough of what I saw, so I darkened the smoke to give it a more terrible effect.” Why would this photographer be more blameworthy than someone who used some words to report an event? When the photographer modifies his photograph to show us, who were not there, the extent of what he saw and which was not depicted in his photo, is his action reprehensible, blameworthy? Is it legitimate?

Nathalie Hof: As it happens, if a photographer saw an incredible event, and wanted to bring forth that effect by modifying his photograph, doesn’t he highlight more his feelings than the information in itself?

Roger Cozien: It is an illusion, a semiotic heresy, and it does not make sense to think that the information contained in a picture is neutral, not at all. The degree zero of interpretation does not exist. Therefore, there is no degree zero of photography. A photograph is only a point of view.

I am not talking here of photographs that have been staged and/or modified for propaganda purposes, but of those made by a professional photographer with a certain level of experience and ethics. I find it easy to hand out good points and bad points and to play the role of judges when rules are not specific, and when the same people playing the role of judges did not have the necessary reflection on that matter.

Otherwise, one could say the photographer is useless! We may as well use automatic cameras, then! Because, if the photographer is not allowed to do anything, if he has no point of view to express, we could very well send robots, drones and surveillance cameras, and everything will look the same! On the contrary, if we reckon there is a need of a photographer, we have to accept that he expresses his point of view in his photographs. But he shall not lie either.
The software does not see all of this. It analyzes everything there is to say about the photo, and then, we make the decision. But when we use Tungstène, we take into account all these considerations, and we think about what the photographer meant before saying that a photograph is falsified.

Nathalie Hof: The line between what is acceptable and what is not seems to be quite blurred. Renderings realized in post-production, which could be detected on Tungstène, can also be made when the photograph is taken, for example.

Roger Cozien: Imagine a photographer who takes his photo in RAW format. With development software, he balances the whites, the colors, and he enhances a bit the saturation on the image. In short, very simple things. At what point does it become alteration, then?

We have the tendency to say: Those are our criteria that if there was to be a limit, it would be as such: we shift from development to alteration from the moment information is destroyed, as compared to the mathematic information contained in the file at the time of the shot. For example, when there is an electric cable or a board somewhere on the image, which I am not satisfied with and which I then remove. Or when I would have liked this board to be redder and that I make it so.

Take another situation. The photographer develops his photo, re-saves it under a JPEG format, and then sends it to the agency. Depending on its editorial needs, the agency will adjust the balance of the whites, colors and contrasts very lightly, and without modifying the image. But afterwards, the image will be bought by a newspaper, a media, a website. The problem is that the photographer – the sole witness of what he captured – is very rapidly out of the process. The process is very long, and at each step, everybody can intervene without asking the photographer’s opinion. As soon as he sends his file, it does not belong to him anymore. And the last website using his photograph can modify it, without the photographer ever knowing about it.

Nathalie Hof: Are there limits to the use of Tungstène to detect the manipulation of images?

Roger Cozien: Yes, of course. The software is a tool. Like all tools, it has its limits. That is why we are continuously working on it. We are now using the sixth version, but we are preparing the seventh. We are adding new filters as we go along, and we adapt the old ones to the trends in manipulation that we see on the Internet or in the press. A few years ago, it was cloning, for example, which is the fact of duplicating objects. Now, it has almost completely disappeared. Also, our approach to video is not satisfying. As it happens, we just asked for funding at the European level to research manipulations on video.

This interview was first published, in French, by the leading photography online magazine OAI13.

Sign up to receive the latest from TIME's photo editors. View Sample
Sign Up Now
More Must-Read Stories From TIME 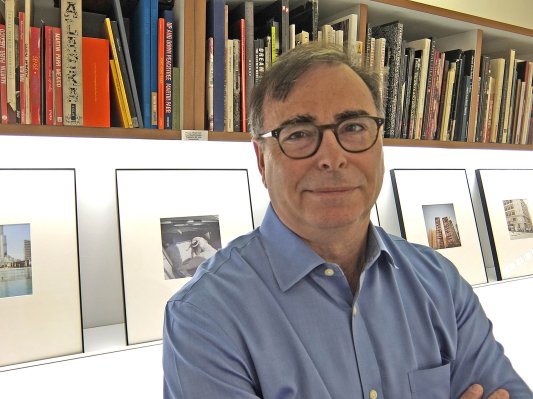