Cleveland Police Restrictions by DOJ Among the Most Extensive, Expert Says

Protesters congregate in front of city hall Tuesday, May 26, 2015, in Cleveland. Members of about 40 churches are protesting the acquittal of a white patrolman charged in the deaths of two unarmed black motorists with a march through downtown Cleveland.
Tony Dejak—AP
By Josh Sanburn

The U.S. Department of Justice’s 110-page settlement agreement with the Cleveland Police Department released Tuesday includes one of the most extensive sets of restrictions ever placed upon a law enforcement agency, according to a federally appointed monitor working on a similar case.

The agreement requires Cleveland’s police to adopt hundreds of new policies and procedures to fix what the federal government has called a pattern of systemic abuses and unconstitutional practices. It includes mandates to adopt community policing strategies, prohibitions on use of force for people who are handcuffed or restrained and restrictions on firing from and at moving vehicles, as well as extensive mandates on logging use of force incidents—including each time officers unholster their weapons.

The agreement also includes a mandate to invest in police resources like computers, vehicles and other equipment. Geoffrey Alpert, a federally appointed monitor working with police in New Orleans, says he’s never seen a DOJ agreement that included a pledge to boost resources.

“I think that’s essentially the Justice Department saying, ‘Part of the problem is you didn’t fund your police department adequately,'” Alpert says.

Alpert monitors the implementation of what is generally considered the most extensive comprehensive agreement handed down by the DOJ to a law enforcement agency: the 2012 consent decree involving New Orleans police.

MORE: The Problems With Policing the Police

Following a DOJ report that found a history of corruption, use of excessive force and discrimination throughout New Orleans police, the government issued a 122-page agreement calling for a new reporting system to track all use of force incidents; prohibiting threats of violence during suspect interviews; requiring recordings of all interrogations; and even offering guidelines on how officers should refer to transgender residents.

But just as important, says Alpert, the agreement was the first to include outcome measures to determine whether the department was fulfilling its mandated requirements. And since then, he believes the DOJ agreements with departments like Ferguson, Mo., Newark, N.J., and Albuquerque, N.M., have improved over time for each agency.

“Justice has a learning curve,” Alpert says, referring to the DOJ. “You learn from your mistakes, and the agreements after those are oftentimes better versions.”

As the department implements its reforms, Cleveland is awaiting a decision on whether officers will be charged in the deaths last fall of 12-year-old Tamir Rice, who was fatally shot as he was playing with a replica gun, and Tanisha Anderson, who died following an altercation with police. Rice’s family is suing the police department for negligence.

Last week, a judge acquitted Officer Michael Brelo, who is white, in the shooting deaths of Timothy Russell and Malissa Williams, both of whom were black. Officers fired 137 shots into their vehicle following a police chase. Brelo, who was acquitted of manslaughter, fired 15 shots into the car after climbing onto its hood. Last year, Cleveland settled a lawsuit with the victims’ families over their deaths. 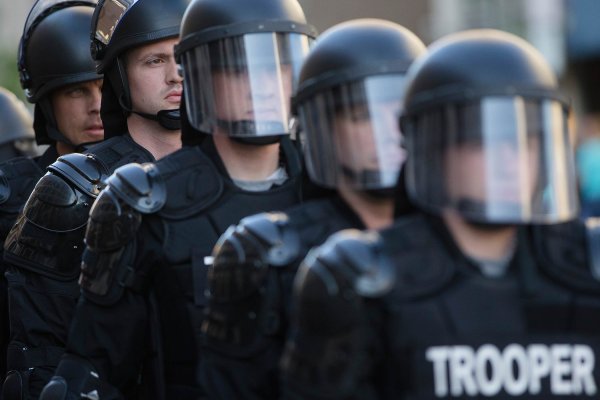