Malaysia Airlines Begins a Huge Makeover, but First Lays Off a Third of Its Workforce

A man views a fleet of Malaysia Airline planes on the tarmac of the Kuala Lumpur International Airport, in Malaysia, Thursday, Jan. 29, 2015.
Joshua Paul—AP
By Helen Regan

Malaysia Airlines (MAS) reassured customers Monday that operations would continue as normal as the airline is restructured into a new company and undergoes an overhaul of its brand.

“You can continue to make reservations in full confidence that our flights and schedules are operating as normal, that tickets sold will be honored,” recently appointed CEO Christoph Mueller said in a statement.

The beleaguered airline has struggled to repair its image after two high-profile air disasters last year — the disappearance of MH370 in March and the shooting down of MH17 over Ukraine in July. (Malaysian aviation took a further battering in December, when AirAsia Flight 8501, operated by the Indonesian affiliate of Malaysian low-cost carrier AirAsia, crashed into the Java Sea, killing all 162 on board.)

MAS’ overhaul includes laying off between 6,000 to 8,000 employees — about one-third of its 20,000 workforce — and hiring a senior administrator to oversee the transfer of assets and liabilities into the new company, Malaysia Airlines Berhad, by September.

“All employees will get the termination letters and either a letter to join the new company, or to register … [for] outplacement,” a company spokesperson told CNN.

Last year, Malaysia Airlines was pulled from the stock exchange and taken over by the Malaysian government’s strategic investment fund Khazanah Nasional, which came up with a $1.66 billion restructuring plan.

CEO Mueller, who was hired from Irish carrier Aer Lingus, took the top job on May 1 and told Reuters the new company would be like a “startup.”

“It’s not a continuation of the old company in a new disguise, everything is new,” he said.

But Malaysia Airlines was incurring losses prior to 2014 and had costs 20% higher than other rival airlines. Add not one but two disasters within four months of each other, with a still missing plane, and the restructure may not be enough to repair the damage to its brand and Malaysian aviation in general.

“Those two losses have compounded an already difficult and uneconomic situation,” Jason Middleton, head of the School of Aviation at the University of New South Wales, Australia, tells TIME. He adds that while Malaysia Airlines can argue that the loss of MH17 was not its fault, poor communication from the airline and the government have probably tarnished its reputation regardless.

“Cheap seats and a convenient schedule will still bring passengers to use [Malaysia Airlines],” Middleton says. He adds that selling off old aircraft and trimming down the route network “will help their bottom line, but perhaps not sufficiently that they will stop the losses.”

One of the biggest challenges the airline faces is recovering the public’s confidence. “Air disasters can play a big part in the economic impact of the airline but also the psyche of the traveling public,” Michael Daniel, an international aviation-safety consultant, tells TIME.

Daniel suggests that the airline keep an eye on the emergence of the ASEAN single aviation market, which is expected to liberalize air travel between member states. In the meantime, MAS will simply have to be patient.

“I suspect that the many of the public will take a while to forget, and that there is little they can do except wait and hope that there is not another accident,” says Middleton. 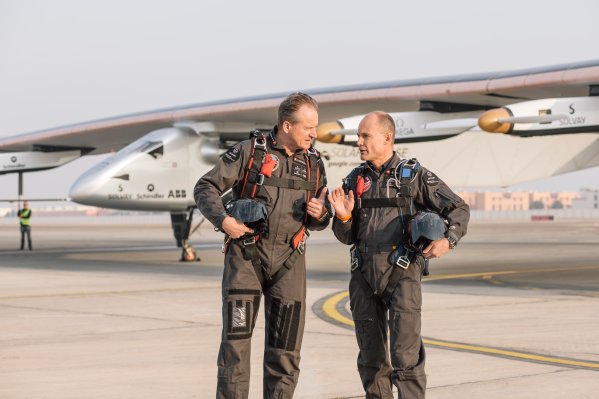 Solar Impulse Readies for Pacific Crossing
Next Up: Editor's Pick