How the Drew Barrymore Movie Ever After Became a New Musical

Ever After: A Cinderella Story, the 1998 Drew Barrymore vehicle, was ahead of its time. Long before Frozen made princesses cool (sorry) again by providing heroines that weren’t defined by their quest for a prince, Ever After told the story of Danielle de Barbarac, who was allegedly (as the film tells it) the inspiration behind the Cinderella tale. Danielle had no magical aid, just a love of books, a sense of social justice and a friendship with Leonardo da Vinci. And now her story has been put to song in a musical, which is running at the Paper Mill Playhouse in New Jersey.

“What’s really terrific about the film, and what we tried to do in the musical is she’s not waiting for someone to rescue her: this is someone who takes responsibility for herself and good things come to her because she is not waiting for someone to rescue her, in fact I think she rescues the prince,” composer Zina Goldrich told TIME. “That indeed has already become cliched these days.”

Ever After, the film, still has its fans. Last year HitFix published “4 reasons to watch ‘Ever After’ again instead of Disney’s awful ‘Cinderella’ remake” and Danielle landed on BuzzFeed’s list of “The 13 Most Dreamy Female Movie Heroines You Once Worshipped.” Goldrich and Marcy Heisler, who wrote the musical’s book and lyrics, talked to TIME about Danielle’s story.

TIME: What drew you to this project and to adapting this film?

Heisler: It’s so hard to say in that there are so many wonderful things about the project. We all have our own Cinderella stories. I think that the idea of real people making their own magic and having love be really what’s obtained. It’s not about the crown and the pumpkin and all that stuff. It’s about treating yourself and it’s about having the self respect of feeling like you deserve all of this, that you deserve love.
Goldrich: When the movie came out I went to see it with my mother and my sister because we thought, this looks great. I looked around and I saw all these other mothers, daughters, friends going to see it. I loved the movie so much. Even then when I saw it I thought it just sang. I thought there were so many really beautiful things about it. Not because of magic, because of these are true emotions, real things, these are real people not just a fairy tale.

How did you go about tackling it?

Goldrich: The thing that I liked about it was it has a very modern feel to it even though it takes place pre-Renaissance. That’s kind of what I wanted to do with the music. I wanted it to feel like flavors of the Renaissance, but through a modern filter, through my own filter in the music.

Was there anything from the film you felt you had to change or get rid of?

Heisler: The funny thing is when I look at the adaptation from a scriptwriting standpoint the first thing you realize in this film, is that there are horses everywhere.

What moments in the film jumped out at you as potential musical moments?

Goldrich: I think one of the first moments was when she dresses up and goes to the court for that first time and she’s very evasive talking about her cousin. We felt there was something really quirky and fun about that. There was something fresh and interesting about that, which wasn’t like your typical boy-meets-girl kind of story. Even though it ultimately becomes that it seems a little unlikely at the beginning. Like, wouldn’t everybody want to talk to the prince? and she is literally trying to get away as fast as she can.

What do you think it is about princess stories that still draw people in? We just had a new Cinderella movie with a traditional bent. How do you think Ever After solves some of the problems with them?

Goldrich: Cinderella is one of the oldest stories ever. I think deep down everyone wants to be, not rescued, but they want to feel that all their dreams come true essentially. What’s really terrific about the film, and what we tried to do in the musical is she’s not waiting for someone to rescue her: this is someone who takes responsibility for herself and good things come to her because she is not waiting for someone to rescue her. In fact, I think she rescues the prince. That indeed has already become cliched these days.

A lot of people look for the feminism in princess stories. Was there anything that you wanted to highlight as part of Danielle’s personality to bring out her feminist qualities?

Heisler: It’s hard to say. One of the first songs we wrote for the piece was “Who Needs Love?” I think usually that’s the place for “Someday My Prince Will Come.” I think that taking this character in a very modern way of not admitting she wants something to admitting she wants something, and I think in certain ways that’s feminist in that it’s not even about taking the power, it’s about figuring out if we want it, or if we can have it and all of that and I think that’s a road unto itself.

One of the reasons the movie was praised was that the prince and Danielle develop a rapport before falling in love. The Chicago Reader wrote that Danielle “develops a convincing intellectually based friendship with the prince.” How did you seek to portray that on stage?

Heisler: I think the meet-cutes between the characters are very structured and they are sung because they are so important, and I think at first they have a political conversation that gets into him baiting her and having a very intellectualized flirtation, and then their next meeting they go to a monastery and they talk about books.

Do you have songs in those meetings?

Heisler: Yes, and I think you see their intimacy develop in a very intelligent way. The song about them falling in love takes place in the monastery where she’s explaining to him how she’s remembering her father and her father’s love of books and sharing intimacy by sharing memories and sharing things that were very important in their lives not just, ‘your eyes are blue.’

Were there any moments musically that were challenging for you to crack?

Goldrich: I think the death of her father is a very difficult subject. It’s obviously a landmark moment in her life and shapes who she is and her circumstances, but on stage, you don’t get close ups you don’t get to cut away so there are a lot of requirements that have to be dealt with very deftly. But it’s important to know why the stepmother has such anger toward her stepdaughter.
Heisler: I do think that one of the Ever After strengths is that we really do see the loss of her father in a way that we don’t see and it humanizes her. By showing the audience what she’s lost we are much more intimately involved in what she finds. I think it’s more personalized as an audience member to know what she carries with her in her heart as she experiences all the things we see in the film.

Do you think people who are nostalgic for the film will like this telling? 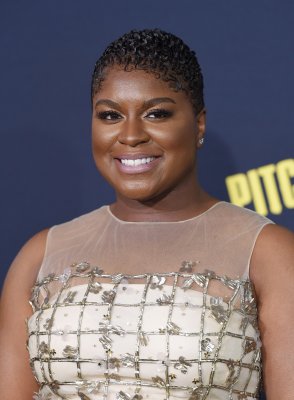 Ester Dean: Songwriting Is ‘Kind of Like Having Sex’
Next Up: Editor's Pick