Robert Redford to Grads: 'Don't Be Afraid to Take a Risk' in a 'Rough' World

Robert Redford didn’t hold back when he gave the commencement speech at Maine’s Colby College on Sunday.

“But the story, I think, can be retold,” he added, “and I really believe that you’re the ones to do it.”

The iconic actor, filmmaker, environmentalist and political activist called on the 483 Colby College graduates to be fearless in the face of these challenges, and to help foster “collaboration and connection,” not only between people, but between people and the environment, the Associated Press reports.

Redford, 78, whose grandson was among the class of 2015, also received an honorary fine arts degree from the school before an audience of thousands on Sunday.

As a young man, the star attended the University of Colorado on a baseball scholarship but dropped out during his sophomore year. He later took classes at Pratt Institute and the American Academy of Dramatic Arts. 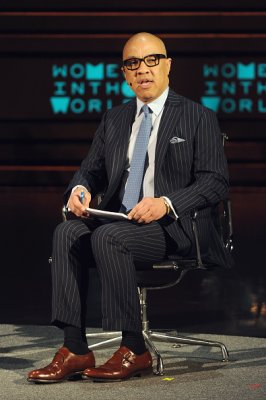 Darren Walker to Grads: Build a Bridge to a Better World
Next Up: Editor's Pick