Riot police stand in formation as a protest forms against the acquittal of Michael Brelo, a patrolman charged in the shooting deaths of two unarmed suspects, on May 23, 2015, in Cleveland.
John Minchillo—AP
By Charlotte Alter

The department agreed to close oversight from an independent monitor, pledged to overhaul its use of force regulations, and said it would develop a recruitment policy to attract a more diverse force. The city will also create a Community Police Commission, made up of representatives from across the community as well as police representatives.

The new agreement with the DoJ, which will be enforceable in court, is the response to the Justice Department investigation begun in 2013, which concluded in December that the Cleveland Police Department regularly engaged in a pattern of excessive force.

“The Department of Justice is committed to ensuring that every American benefits from a police force that protects and serves all members of the community,” said Attorney General Loretta E. Lynch in a statement. “The agreement we have reached with the city of Cleveland is the result of the hard work and dedication of the entire Cleveland community, and looks to address serious concerns, rebuild trust, and maintain the highest standards of professionalism and integrity.”

U.S. Attorney Steven M. Dettelbach of the Northern District of Ohio said he thinks this agreement can serve as “an example of what true partnership and hard work can accomplish – a transformational blueprint for reform that can be a national model for any police department ready to escort a great city to the forefront of the 21st Century.”

The announcement comes in the wake of widespread unrest in Cleveland following the acquittal of Michael Brelo, a Cleveland police officer who was charged with manslaughter after he climbed on the roof of an unarmed black couple’s car and fired at least 15 shots at close range, killing them both.

In total, Brelo and his fellow officers fired more than 100 shots in eight seconds at Timothy Russell and Malissa Williams after pursuing them in a high-speed chase for 22 miles. After the verdict was announced Saturday, protestors took to the streets of Cleveland, demanding justice and reform. 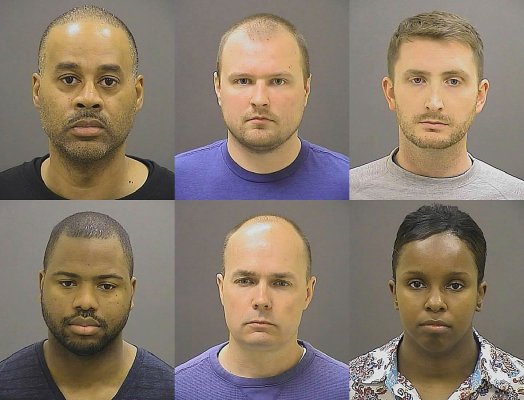