Scott Walker Suggests He May Sit Out Florida Primary

In an interview with conservative radio host Laura Ingraham Tuesday, Walker said he may allow Florida Sen. Marco Rubio and former Florida Gov. Jeb Bush duke it out for support in their home state.

“If we chose to get in, I don’t think there’s a state out there we wouldn’t play in, other than maybe Florida, where Jeb Bush and Marco Rubio are,” Walker said, suggesting that the expensive contest could equalize the money gap between himself and the better-funded Bush.

“Some of the polls essentially tied and they’re going to eat up a good amount of that financial advantage that Gov. Bush is going to have,” he added, noting that incumbent Florida Gov. Rick Scott’s re-election campaign spent about $100 million in 2014. “A good chunk of that will be going up to the Florida primary.”

Walker is scheduled to attend a cattle-call hosted by Scott next week in Orlando.

In 2012, Florida’s primary was fourth in the calendar, held on Jan. 31, and proved to a pivotal moment in the campaign for former Massachusetts Gov. Mitt Romney, cementing him as the far-and-away front-runner for the nomination. In 2016, the state’s primary will be held much later in the cycle, on March 15, the first day under Republican National Committee rules that a state can award its delegates on a winner-take-all basis.

Just months ago Walker was referring to himself as the race’s front-runner. Asked about being signaled out by President Obama in a recent speech, Walker said, “Well, it suggests maybe we’re the frontrunner.” 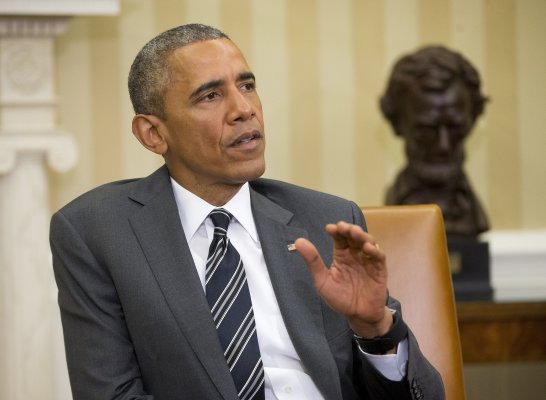