Why You Should Care About Apple and Google's Next Big Events

Over the next three weeks, Google and Apple will gather thousands of their respective developers together in San Francisco, Calif. to encourage them to go out and create great apps for their platforms. Spring is the optimal time to hold developer conferences, so these companies can get their partners and developers ready to introduce new products, apps and services in time for the all-important holiday buying season.

Microsoft kicked off the developer conference season with its April 28-May 1 event called Build. Its major focus was on the new version of Windows, which will be released this summer, and an updated operating system strategy that encompasses Windows’s PC’s, tablets and phones with the goal of bringing greater harmony across them. The side hit of the show was Microsoft’s Hololens project, an augmented reality headset that’s drawn much fanfare.

Google’s I/O developer conference will start later this week, drawing about 5,000 developers from around the world to get an update on Android. Android is the top smartphone operating system, used by over 100 hardware vendors selling products in almost every country on the planet. We should expect Google to give us an update on the next version of Android and, more importantly, how it plans to make the Android world less fragmented.

Google will likely also update the world on its strategy around wearables, a market that’s changed dramatically since the Apple Watch launched. Developers will also get news about Google’s virtual reality headset, shown last year as a cardboard prototype. News about Google’s smart home and Android TV setups should be delivered as well. One thing we will not see at Google I/O is an update on Google Glass, as the project is now in hibernation with an unclear future.

Two weeks later, Apple will begin its Worldwide Developer Conference (WWDC), which will be held from June 8-12. At WWDC, Apple developers will get an update on the next versions of OS X and iOS, the operating system used in iPhones and iPads. Both of these operating systems should soon get a major upgrade with many new features. Apple is always tight-lipped about what it will announce in the way of new OS updates, but you can expect to see a greater level of consistency between OS X and iOS. We also expect iOS to add support for things like Force Touch, a standout feature of the Apple Watch.

This particular WWDC should be very interesting, as many believe Apple will use it to finally update developers on its TV strategy. Before his death, late Apple CEO Steve Jobs told biographer Walter Isaacson that he’d “like to create an integrated television set. It would be seamlessly synced with all of your devices and with iCloud. It will have the simplest user interface you could imagine. I finally cracked it.” This comment was made a year before his death, and has caused great interest and speculation — speculation that might finally be put to rest.

Developers will also be highly interested to hear any updates on Apple Watch and developer tools for it. Many researchers are now forecasting even stronger Apple Watch sales than they predicted before the launch, with Morgan Stanley now suggesting Apple will sell 36 million units in the first year, compared to the 21-22 million number that was floating around before the launch. High demand for the Apple Watch means creating innovative native apps for the device could be a huge opportunity for developers in the coming year.

Even though developers’ conferences are billed as industry events, what comes out of them will impact everyone that has a smartphone or tablet. New features, user interface enhancements and expanded services will give users of these devices more functionality and capabilities and make their products smarter. 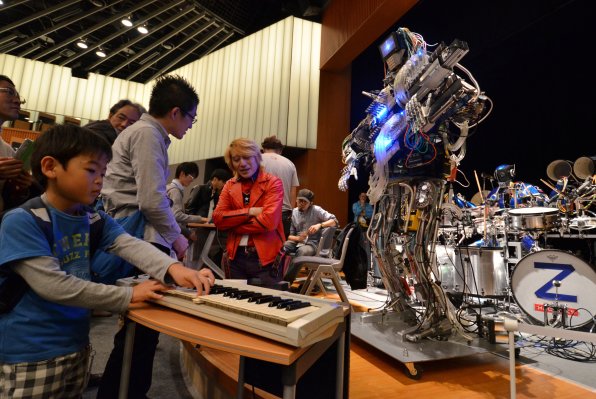 How Maker Faires Are Inspiring Young 'Makers' All Over the World
Next Up: Editor's Pick