I Was Homeschooled Through High School and It Turned Out Great

Before we start, let me just lay it all out for you to set the stage: I’m a 20-year-old homeschool graduate with 7 younger siblings. No, none of us are adopted or step-siblings, we’re just one rather large biological family all born to the same 2 parents who have been married for 30 years now. I guess you could say that, especially in this day and age, we’re fairly non-traditional.

My parents married when they were 18 and 21, but I wasn’t born until nearly 10 years later. During that time, both of my parents had graduated with a bachelor’s in education and moved out into the work force – my mother as a schoolteacher and my father in the golf business. After I came along my mother went right back to teaching, entrusting me in the care of a sweet elderly friend during the daytime.

“Miss Mary” provided the best childcare they could have asked for – she treated me as if I were her own child and would write out daily reports for my mom about what I did during my stay with her so that she wouldn’t miss any special milestones. To this day, she is a dear family friend with whom we still keep up through letters and visits.

When I was around a year old, my mother decided that she was getting tired of handing over her own kid to someone else while she went off to teach other peoples’ children. She talked it over with my dad and decided to quit teaching in favor of being a stay-at-home mom. They downsized to allow for the reduced income, and wouldn’t you know it, right after she left her job they found out that they were expecting my younger brother.

To my mother, this sort of solidified that being a stay-at-home mom was what she wanted to do. And by the time I was ready to start kindergarten she had decided that, darn it, she really enjoyed being around her kids and just wasn’t ready to send me off into the world yet, so after another discussion my parents decided to try their hand at this thing called homeschooling.

Not forever, you see, but just until maybe the fourth grade or so and then they would send us off to public school. They both felt quite confident that they would be able to handle our educational needs up to at least this point.

Well, as you’ve probably guessed, the fourth grade came and went and suddenly my parents realized that, hey, this homeschooling deal was a pretty sweet gig. Still being in the golf business, my dad sometimes worked odd hours and didn’t get weekends off. Instead his day off was on Monday, and wouldn’t you know it, the principal of our little one-room school (*cough* MOM *cough*) had coincidentally decided that Monday would be our day off too!

Our education seemed to be on track as well – we could count and everything. (I kid, I kid. In reality, we all tested at well above grade level.) In addition, both of my parents had quickly realized the advantages that came with the ability to hand-tailor each child’s education to suit their needs. For example, I started reading lessons at age 5 with no issue, while my brother really struggled until age 7, when he suddenly took off and routinely tested at years above his grade level. Being able to give each child one-on-one attention and work through their individual scholarly roadblocks was a huge benefit.

My parents continued to homeschool me all the way through high school. When my mom found herself stumped by higher-level algebra, she simply ordered a curriculum that included a DVD with a math professor to teach each lesson. During my junior year, my parents granted my request to attend a small local co-op type school. It was a 3 days per week K-12 academy where I was the only junior, along with 2 sophomores and 5 freshmen. This gave me the opportunity to hone my writing skills, take chemistry from a pharmacist, and learn Spanish from a woman who had lived in Argentina for several years. I feel that this experience really helped to prepare me for college and for that reason I suggested that my parents encourage my brother to go during his junior year as well.

I decided not to return for my senior year, however, because I needed only 2 more classes to graduate high school and neither was offered through this venue. I was able to graduate a semester early and begin preparing for college.

Although I feel that being homeschooled was very beneficial in general, as with anything in life, it came with a few cons. For me, the biggest of these was a period of time where I didn’t really have any friends. I played soccer from ages 7-12, but after that age most kids in our small town were playing for the school’s teams, requiring the recreational teams to do extensive traveling for games. My family wasn’t able to keep up with that demand, so I had to drop out.

Additionally, we moved 7 hours away from my old home when I was 13, and it was very hard on me. I was shy and had a lot of difficulty making new friends, and it didn’t help that my family pretty much dropped all extra-curricular activities, including co-op, for a while in the aftermath of the move. Eventually we picked back up on activities and I was able to start making friends again, but it was a very difficult experience for me that led me to really push for my siblings to be involved in plenty of activities.

Overall, I feel that being homeschooled was an incredible opportunity that helped to set me up for success. After graduating from high school, I took the ACT and scored a 32, enabling me to apply to any college I wanted. Currently, I’m an art major at Oklahoma Christian University. I’m on track to graduate a year early in order to become a photographer and have been able to maintain a 4.0 GPA. Having an educational experience that was tailored to my needs and learning style has really helped me to flourish in the college environment, and I’m glad to have had that experience.

Although I know that some people think of homeschoolers in the context of being sheltered or “weird”, I actually have an incredibly normal life. I have an iPhone and a boyfriend, I wear makeup and shorts, I’m in a sorority, and I have short hair. I’m a member of MENSA, I’ve been a competitive cheerleader and gymnast, I run and lift, and I currently coach gymnastics both at a gym at school and one at home during the summer. In short, I’m just an average college girl who happened to have a non-standard education.

And now I’m sure you’re all wondering the same thing: will I do it for my own kids someday? Probably. I think my ideal situation would be to either homeschool while heavily involved in extra-curricular activities, or to have a very small co-op type academy such as the one I briefly attended to send my children to. While I know that I can never be completely certain of where life will take me, I would hope that I could someday offer to my own children the same benefits that my parents were able to offer me. I think my own experience has given me a unique perspective, and I hope to be able to use it when the time comes to give my kids what I had – only a little better. 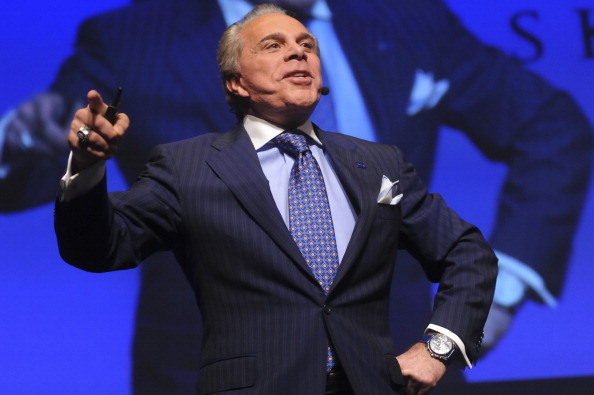 Joe Plumeri to Grads: Go Out and Play in Traffic
Next Up: Editor's Pick