After joining the cast of The Walking Dead, Tyler James Williams has his eye on another comic-book adaptation: Marvel’s upcoming reboot of Spider-Man.

“I’m open to the idea, I am,” he said in a recent interview. “I’m not like starting campaigns or anything for it because I trust Marvel. I’ve read for them before. I trust what their decisions will be. But yeah, I would love to do it. I would absolutely love to do it.”

Williams has long been a fan-favorite to play Miles Morales, a newer version of Spider-Man who is of black and Hispanic descent. “We’ll see what happens, which way Marvel decides to go with Spider-Man,” Williams said. “But I’d love to take a turn with somebody who is kind of ethnically ambiguous and just kind of turn it on its head. You know, force people to see them in a different light.”

While not a lot has been announced about the upcoming reboot, which will bring the web-slinging superhero into the Marvel Cinematic Universe, Marvel president Kevin Feige has said the movie will focus on Peter Parker, who will be back in high school. 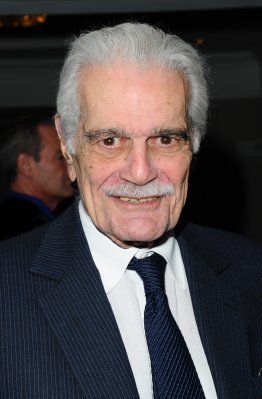 Omar Sharif Suffering From Alzheimer's Disease
Next Up: Editor's Pick