attends the Pixar: Inside Out Panel discussion during the 68th annual Cannes Film Festival on May 19, 2015 in Cannes, France.
Andreas Rentz—2015 Getty Images
By Esther Zuckerman

Mindy Kaling confirmed on Twitter that she and Office co-star B.J. Novak are working on a book, but warned that it will likely disappoint those looking for gossip.

The New York Daily News reported last week that Kaling and Novak were writing a book that would “likely to include juicy information about ‘The Office’ stars’ ‘complicated’ courtship.” However, according to Kaling, the text will likely be tamer — or at least not a “tell-all.”

Kaling also added that she isn’t intentionally being cryptic. The book is just still in early stages.

According to the Daily News, Kaling and Novak made a reported $7.5 million deal for the book. The two are scheduled to appear together at a BookCon Panel Saturday, and the Daily News reported that a title for their joint endeavor might be revealed there.

Kaling’s new book Why Not Me? is due out in September. 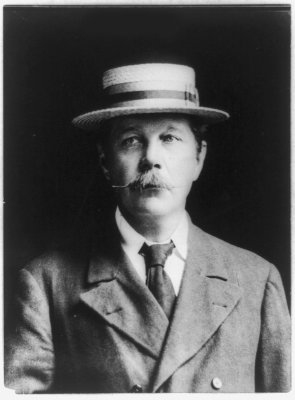 Sherlock Holmes' Creator Fought Injustice with Deduction, Too
Next Up: Editor's Pick