Mayor Stephanie Rawlings-Blake speaks during a news conference in front of the burned CVS in the Sandtown neighborhood on May 7, 2015 in Baltimore.
Alex Wong—Getty Images
By Charlotte Alter

At least 28 people were shot in Baltimore this weekend and nine of them were killed, making May the city’s deadliest month this century.

Police say the nine fatal shootings over the weekend brought the total number of killings in Baltimore to 35 since May 1. That means more people have been killed in Baltimore this May than in any month since 1999, the Baltimore Sun reports. Those who were injured in shootings this weekend include a 9-year old boy shot in the leg and a teenager shot in the arm.

Full details are still emerging, with Baltimore CBS News saying 28 people were shot, while the Sun counts 29. “The shootings and killings are all over the city. I don’t think any part of the city is immune to this,” City Councilman William “Pete” Welch told the Sun. “I’ve never seen anything like it.” Mayor Stephanie Rawlings-Blake’s spokesman said she was “disheartened and frustrated by this continuing violence, particularly when you think about the progress that the city has made.”

Community relations with police have been strained in Baltimore since the April 12 death of Freddie Gray, whose spine was severed in police custody. Protests erupted after Gray’s death, resulting in strained altercations between Baltimore residents and police officers. Earlier this month, six Baltimore police officers were indicted in Gray’s death. 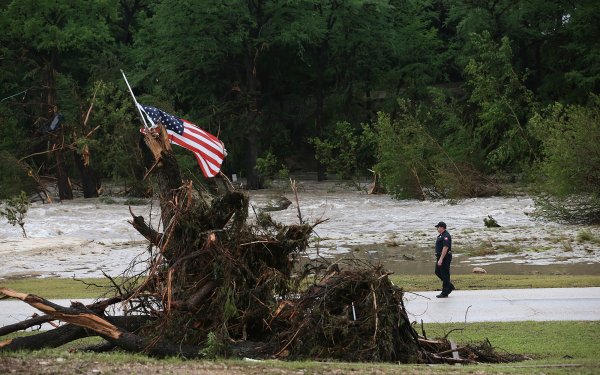 7 States at Risk as Unprecedented Floods Hit Texas
Next Up: Editor's Pick