Pope Francis holds the pastoral staff as he leaves at the end of a mass of Pentecost in St. Peter's Basilica, at the Vatican, on May 24, 2015.
Gregorio Borgia—AP
By NBC News

You’d think anyone with an important job would relish the chance to have a pizza delivered and devour it in front of the television.

Well, as Pope Francis keeps proving, he’s not just anyone.

The leader of the Roman Catholic Church, who has made waves waves reaching out to disaffected Catholics and insisting on making the poor a top priority, hasn’t watched TV since July 15, 1990, he revealed in an interview published in the Argentinian newspaper La Voz del Pueblo.

The pontiff did not reveal the last program he watched or why he gave up the boob tube, except to say he decided “no es para mi” (it’s not for me), before promising the Virgin Mary he wouldn’t watch again… 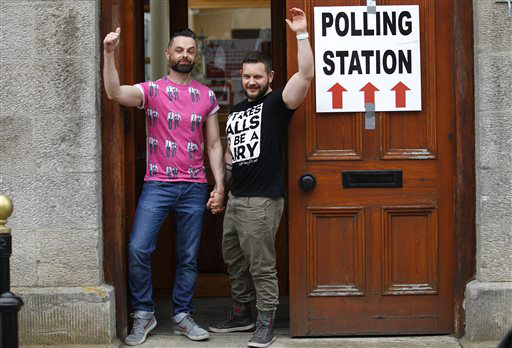 Gay Marriage in Ireland Isn’t a 'No' to Catholicism
Next Up: Editor's Pick