Should I Eat Tilapia?

Tilapia is a fine fish to put on your dish, say all five of our experts.

Not that you were waiting for their blessing. Plenty of people choose tilapia, the second-most popular farmed fish on the planet, says Kevin Fitzsimmons, PhD, tilapia researcher and professor in the department of soil, water and environmental science at the University of Arizona. “It can be used in virtually any fish recipe,” he says.

Those who eat the freshwater fish appreciate its mild flavor. (And those who avoid tilapia tend to do so for precisely the same reason.) Nutrition-wise, it’s a great source of protein, with 23 grams per 4-ounce serving, says Liz Knapp, registered dietitian at Mayo Clinic Health System. That’s almost half of your daily recommended total. Just be aware that the same serving size can also provides 56 mg of cholesterol, she adds.

It’s so pervasive because tilapia takes to farming like, well, a fish takes to water. “Tilapia can be raised in many different systems with many different types of feeds and fertilizers,” says biologist Aaron McNevin, PhD, director of aquaculture at the World Wildlife Fund. That means two identical tilapia filets may have been raised very differently, with varying environmental impacts, before they ended up on your plate. Water pollution from farms can affect nearby bodies of water, and fish farms use chemicals of all kinds to help their tilapia stay alive.

To make it easier for consumers to sift through questionable tilapia suppliers, the World Wildlife Fund in 2012 developed standards for tilapia through the Aquaculture Stewardship Council (ASC), McNevin says. Those standards ensure minimal environmental impact, high water quality and veterinary approval for any chemical treatments. “We weighed all of the various impacts of tilapia aquaculture and developed a robust and credible system where the consumer only needs to look for ASC—we did all the research for them.”

Tilapia farming isn’t slowing down—they’re so easy to grow quickly because they eat corn and soy, both of which are abundant subsidized crops in the United States. Due to that diet, farmed tilapia have fairly high amounts of omega-6 fatty acids, which can lead to inflammation, says Julia Zumpano, a registered dietitian at the Center for Preventive Cardiology Cleveland Clinic. (Wild tilapia eat algae and aquatic plants.)

So is that a dealbreaker? An advisory committee writing in the journal Circulation concluded that higher dietary intakes of omega-6 are safe and may well be beneficial, points out Bruce Holub, PhD, scientific director for the DHA/EPA Omega-3 Institute in Canada. The main focus, he says, should be on increasing our meager intake of DHA/EPA, which only hovers around 130-150 mg combined per day, Holub says. Tilapia, which has very little fat, doesn’t supply as many long-chain omega-3 fatty acids as fattier fish like salmon and halibut. 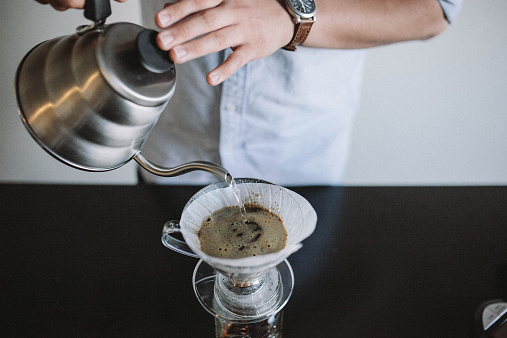 5 Weird Coffee Trends You Should Know About
Next Up: Editor's Pick