May 26, 2015 In celebration of the 64th birthday of Sally Ride, the first American woman in space.
Google
By Helen Regan

On June 18, 1983, Sally Ride made history when she became the first American woman in space. On Tuesday, Google honored what would have been her 64th birthday with an animated Google Doodle.

Ride was born in Los Angeles on May 26, 1951. While finishing her Ph.D. in physics from Stanford University in 1977, she applied to join NASA and was among one of six women selected to be astronaut candidates.

At the age of 32, Ride became the first American woman in space while on board the Challenger space shuttle. She made another mission into orbit the following year, also on board Challenger.

Ride’s partner Tam O’Shaughnessy wrote in a blog post that while in space Ride “realized how important it is for all of us to take care of our fragile home in space, and became an environmentalist.”

After leaving NASA, Ride became the director of the California Space Institute and professor of physics at the University of California at San Diego. She saw how girls were being put off from pursuing careers in science and math and worked to inspire young people, especially girls and minority students, to keep up their interests in STEM (science, technology, engineering and math) subjects.

In 2001, Ride along with O’Shaughnessy founded Sally Ride Science, a company that created programs and study guides to help make science interesting and fun for young people.

Ride continued her work with NASA by leading public-outreach programs for the agency’s GRAIL mission, which sent satellites to map the moon’s gravity.

She also served on the two investigations into the Challenger disaster in 1986 and the Columbia disaster in 2003.

Throughout her life, Ride won many awards including the NASA Space Flight Medal, the NCAA’s Theodore Roosevelt Award and was inducted into the National Women’s Hall of Fame. She was posthumously awarded the Presidential Medal of Freedom in 2013. “As the first American woman in space, Sally did not just break the stratospheric glass ceiling, she blasted through it,” said President Obama. 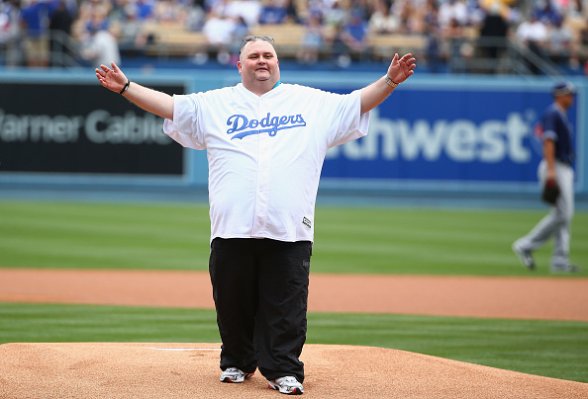 L.A. Party for Fat-Shamed 'Dancing Man'
Next Up: Editor's Pick