Welcome back to The Bachelorette. Now that a winner has emerged from the Thunderdome of Love, and the show has a star (Hello Kaitlyn! So long Britt!), and she has started to get Darwinian on the herd of troglodytes with stars in their eyes, cutting out the weak, the feeble, the Britt lovers and the horrifying drunken rape aspirant, she is ready to start on her journey to find love. But before she can take the first tentative step, Kaitlyn must sit down for her first tête-à-tête with Chris Harrison. In their chat, he points out that she kissed a bunch of guys already, which sounds like the tsk tsk of a slightly disappointed cool dad, but she shrugs it off. Then she asks after Britt, who was sent home without a single rose.

Britt Update: Speaking of the devil (the devil is any woman who sleeps in full makeup, apparently) Britt is in her hotel room calling her mommy. She sits on the bed (with her shoes on) and cries until there is a knock on the door. It’s Brady. He gives her a big hug. and they sit down to get to know each other.

First Group Date: For the very first date, Kaitlyn invites Daniel the fashion designer, Justin, Jared the restaurant manager with the asymmetrical haircut, Corey, Kupah, both Bens and an affable-looking guy named Tanner to some secret rendezvous that the Date Card promises will end “with a ring.” That makes the men start sweating before they even get to the boxing gym where Laila Ali awaits to school them in the sweet science. The only reason to have a boxing date is because of the marriage-analogy possibilities. To wit, Kaitlyn wants a man who will fight for her, and Laila Ali adds that “boxing is a lot like relationships,” because it takes commitment and passion and determination. After getting taped up, working with a trainer for at least seven minutes, and hitting the heavy bag once or twice, the men are sent into a boxing ring to battle it out for Kaitlyn’s heart. Don’t worry, they are wearing protective head gear, so what could possibly go wrong? The main event pits 160-lb. Jared against Ben Z., a 200-lb. monster, which results in Jared getting clobbered in the first four seconds of the round. Don’t worry, Jared, many journeys to love start with a head injury.

The After Party: Jared can’t see straight and is sent to the hospital for an MRI and medical monitoring, which ruins his chance to have some one-on-one time with Kaitlyn. Luckily she doesn’t really notice, because she is otherwise occupied with Ben Z., the winner who has fists of iron, a heart of gold and a back story that will melt stone. (His mother passed away when he was a teenager, and he had to grow up fast. Awwww.) While Kaitlyn is talking to some other guy (Daniel? A different Ben?), she gets a note from a mysterious suitor that tells her to come downstairs right that second. She does and finds Jared. While the producers won’t let him join the part, because they are contractually obligated to follow doctors’ orders to go to home and rest, they will help him woo Kaitlyn downstairs so she can kiss his boo-boos. So they make out on the street. She still gives the Group Date Rose to Ben Z., though.

One-on-One Date: For her first solo date as the Bachelorette, Kaitlyn decided to head out with Clint, the architectural engineer who surprised her with a picture of Chris Harrison riding a triceratops. That behavior needs to be rewarded after all. Rewarded with what you say? An underwater photo shoot of course, which might be the first time any couple on the show has been in the pool fully dressed. As the photographer encourages them to open themselves up to the universe and love, always love, they take a few fully dressed dips into the pool. Then Kaitlyn has her first-ever first kiss underwater, followed by a bunch of kisses above water. Later, they toast each other over dinner and kiss on a rooftop, which according to Kaitlyn is “next level,” literally.

Second Group Date: In the second date card, Kaitlyn says she wants someone to “stand up” for her. Because she loves a guy with a sense of humor, she invites JJ, Jonathan, Chris, Ian, Joe and Tony to do some amateur comedy with Amy Schumer stepping in as their spirit guide. To help whip the men into shape before their sets, Amy brings in Nikki Glaser, Rachel Feinstein and Bridget Everett (Google them!) and a whole lot of wine. Amy works with JJ, who she dubs a sweetheart who is “just missing charisma and humility and sense of humor.” He really wants to impress Kaitlyn, but also Amy, because he has always wanted to be a standup comedian. It doesn’t go very well. Sample conversation: “Hi, I’m JJ, I’m divorced with a kid, and I live with my parents.” “Is that true?” “That’s totally true.” (Amy drinks her wine silently.) Luckily Tony is ready to be Tony, and he has been training for that all of his life. Sadly we didn’t get Amy’s insights on Tony being Tony.

The After Party: Tony was really into Britt, but now he’s really into Kaitlyn, because now he and Kaitlyn have connected. He has figured out that she is a “combination lock,” and he is learning her secrets. Kaitlyn wisely doesn’t make out with him. She does make out with JJ, though. (Don’t tell Amy Schumer, who would probably be very disappointed.) But he talked about his daughter, and Kaitlyn got all mushy inside and was powerless to resist. She even handed JJ the Date Rose.

The Rose Ceremony: Kaitlyn welcomes the men and is immediately swept out the door by JJ, which is a ballsy move, but also a big faux pas because he already has a rose. The men are not pleased.

Bachelorette Milestone: As all the men glare at him, JJ announces that he is not here to make friends.

The Rose Ceremony (Continued): While JJ crows about his self-anointed frontrunner status, Ian finally gets to tell Kaitlyn that he went to Princeton — and that he was hit by a car and almost never walked again. As JJ tries to bait Tony into outing himself as a loon. Meanwhile Kupah flat-out tells the camera that he has no interest in being here at all if he’s filling out a quota, which is about as honest as this show has ever been about race. When he goes to talk to Kaitlyn he sticks his foot in his mouth and says he hasn’t felt a connection with her yet, which throws Kaitlyn for a loop, because she did feel a connection with him — until tonight. Kupah tries to backtrack, but he can’t get himself out of the hole. Eventually Kaitlyn lets him go. He doesn’t accept, but she lets him go anyway. The drama really picks up when he heads out to the driveway for his exit interview and gets very animated. Kaitlyn goes outside to investigate, but we won’t find out what happens until next week.

Best Reason to Come Back Next Week: Drama! Kaitlyn standing outside watching the drama! 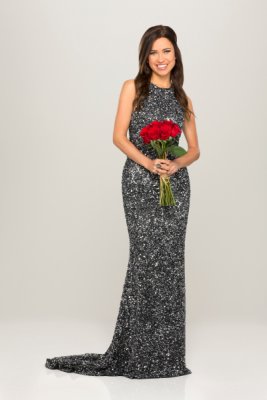