Mom, Kids Among 12 Missing in Texas and Oklahoma Flash Flood

Three people were confirmed killed, two in Oklahoma and one in Texas, after severe flash flooding this weekend.

Another 12 are missing, including a mother and her two children.

Laura McComb, daughter Leighton, 4, and son Andrew, 6, haven’t been seen since Sunday, according to WHNT.

They were reportedly staying at a river house in the town of Wimberley, Texas, when a wall of water swept the home and family of four, including husband Jonathan, away.

After being found 12 miles down the river, Jonathan is in the hospital recovering from several broken bones and a collapsed lung.

According to Fox News, the waters rose so quickly in the town that 1,000 people were forced to evacuate and hundreds of homes were destroyed.

“We do have whole streets with maybe one or two houses left on them and the rest are just slabs,” Hays County emergency management coordinator Kharley Smith told CBS about the town of Wimberley.

In Oklahoma, Capt. Jason Farley drowned after being swept away during a water rescue, the Claremore Fire Department confirmed. He had been a 19-year veteran of the department.

The Blanco River crested above 40 feet, more than triple its flood stage of 13 feet, NPR reports. Rescuers used pontoon boats and a helicopter to pull people out. 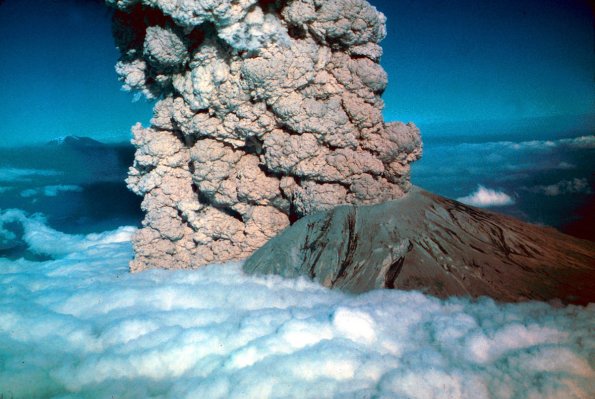 The 'Middling' Volcanic Eruption that Was America’s Worst
Next Up: Editor's Pick