A Georgia couple that typically enjoys a “low key” anniversary had a high-profile celebration last week.

Jim Russell surprised his wife, Elinor, on their 57th anniversary on May 20 by showing up to her hospital room wearing a tuxedo and carrying flowers and chocolate, ABC reported last week. The story had first gone viral after their granddaughter shared photos of the special moment on Twitter, eventually amassing over 60,000 favorites:

The tuxedo Jim wore was the same one that he’d warm to go ballroom dancing with Elinor, whom he has “known since she was in pigtails.” Afterwards, they watched their two favorite shows — Wheel of Fortune and Jeopardy — while dining in the hospital room.

“Being in a hospital bed, you get bored, ” said Elinor. “So when they came in, it made me smile, like the younger days when we were dancing.” 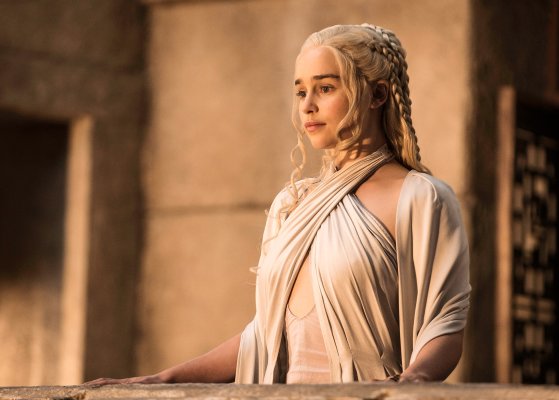 The 10 Best Game of Thrones Theme Song Covers
Next Up: Editor's Pick