Google's Plan for a Sci-fi Teddy Bear is Terrifying

Out of Google’s secretive moon-shot factory may come the scariest toys you’ve ever seen: Internet-connect robots that look like stuffed animals but are essentially fuzzy house servants that take orders from humans and program their other connected devices accordingly.

According to a patent filed by Google’s self-described mad scientist Richard DeVaul and fellow engineer Daniel Aminzade, the company has designed an “anthropomorphic device” that could take the form of a “doll or toy” and interact both with people as well as tech gadgets from computers to DVRs. While the patent was filed in February 2012, it was only published this week.

The patent filing diagrams a stuffed teddy bear and a bunny rabbit, but says that the devices could also apply to mythical creatures like dragons and aliens, or even humans themselves. Robots that are “cute” or “toy-like” are best, however, because they appeal to children as well as adults, according to the filing.

Equipped with cameras, microphones, speakers and motors, the toy animals could make eye contact with humans and blink; “straighten or relax” their ears, wiggle their nose, or twitch their tail.

And they could also handle some chores if someone commanded them—say, to turn on a TV to channel 7, pull up a weather report, or blast a playlist of 1960s John Coltrane jazz.

Indeed, the robots could potentially act like a sort of butler or concierge for Google’s growing family of so-called Internet-of-Things devices, such as its Wi-Fi-enabled “smart” thermostat, Nest. The blueprint for the devices references the proliferation of automated systems and “Internet appliances” for the home, including lighting, air conditioning and even window curtains. “Thus, it may be desirable to be able to simplify the management and control of a variety of media devices that may comprise a home entertainment system or a home automation system,” the patent filing states.

But the toy-like robots’ abilities seem to go far beyond functional and into artificial intelligence, potentially standing in for human companions. From the filing:

Cute or scary? We may never know, because a Google spokesperson told the BBC it couldn’t confirm whether the product would ever reach the market.

We would have asked DeVaul to comment, but his website is quite clear on what his response would have been: 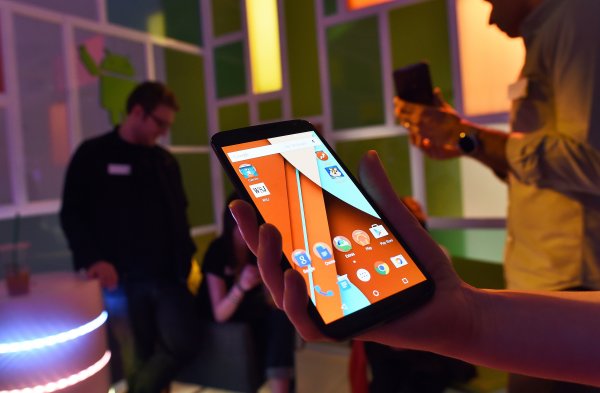