See President Kennedy in a Home Movie from 1961

Steve Smirco’s father, Edwin, always liked to take home movies. Birthday parties, first communions, holidays—name the event, and odds are he was there with his camera.

So when he made each of his children a gift of a compilation of those taped moments, the present was not out of character. The first volume of the gift covered the 1960s. “There was a section in there that he had taken when our family was stationed overseas in Paris,” Smirco, a 57-year-old fitness-center manager from Fredericksburg, Va., recalls. “It just so happened that President Kennedy came in at the time that we were in Paris as well.”

Naturally, Smirco’s father—who was an Army officer at the time—brought his camera to cover that moment as well. When Smirco got his tape of childhood family moments, it included a glimpse of the young president. That footage, which Smirco provided first to TIME, is presented here.

The moment it shows was part of a European tour that Kennedy undertook during his first year in office. The Bay of Pigs disaster, which wounded Kennedy’s standing on the world stage, hung heavy over the trip. But at least one leg of the tour was easy: winning over the people of Paris. The City of Light–where the President was to meet with Charles de Gaulle to discuss arming France with nuclear weapons, among other topics—was his first stop. And as TIME reported, the First Lady made an instant connection with her admirers abroad. (“I am the man who accompanied Jacqueline Kennedy to Paris,” the President was heard to joke.)

It was exactly 54 years ago this week, on June 2, 1961, that Smirco’s father decided to head down to the headquarters of the Supreme Headquarters Allied Powers Europe (SHAPE) and see if he could catch a glimpse of the visiting President, bringing his new camera and wearing his street clothes rather than his Army uniform. Smirco says that every time he’s shown the footage to someone who was alive at the time, that person’s eyes have lit up as he or she recalls the era. “It just stirs up really pleasant memories in peoples’ minds of this young president and what he could have been,” Smirco says.

That lot includes his father, now 79. In addition to conjuring warm memories, the video is also a reminder of a missed opportunity. Though Kennedy was standing right in front of Edwin Smirco and extended a hand for a shake, he didn’t get the chance for that contact. He was, he later told his son, too busy trying to get a good shot. 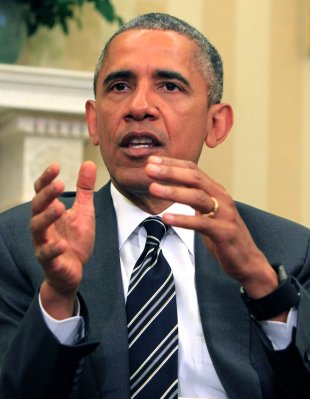 President Obama Weighs In on Chicago Bulls Firing Coach
Next Up: Editor's Pick