This Is the Big Lie About Your Olive Oil

The National Consumers League tested 11 different olive oils purchased at various supermarkets, and found that six of them, despite being labeled “extra virgin,” weren’t extra virgin at all.

This shouldn’t come as a surprise, given extensive reports of lax standards and outright fraud in the olive-oil business. In fact, the findings are better than some earlier studies that indicated some olive oils were adulterated with other kinds of oil, such as soybean oil, or were made with olives from countries other than Italy, despite label claims of “Made in Italy.”

These practices were revealed in a widely shared New York Times interactive feature last year that was based on a couple of different studies.

The NCL’s testing comes with a load of caveats. It wasn’t a “study” so much as a more-or-less random bit of testing. Puzzlingly, while the NCL listed the five oils that passed the test, it didn’t name the six that didn’t.

That’s because the companies whose products failed the tests made “a huge stink” over the results, said Sally Greenberg, the NCL’s executive director. Those companies complained that only a single bottle of each variety was tested, and so the results were unfair, since occasionally a single bottle will go bad thanks to exposure to light or some other environmental factor. She said the NCL might test the same products again in “six or seven months,” using a different lab, and if the results are repeated, the NCL will reveal which products failed. “If it happens twice, well then maybe we’re on to something,” she said.

In 2011, the University of California at Davis found that about 69% of the olive oil sold in the United States is adulterated.

The NCL tested olive oil purchased in supermarkets in the Washington, D.C. area. None of the products they tested contained any oil that didn’t come from olives, but six of them, despite labels indicated the contrary, didn’t meet the standards for calling it “extra virgin.” The testing included lab analysis and tasting by experts.

“The results of our olive oil testing reveal that, while consumers are buying and paying extra for olive oil labeled EVOO, too much of the olive oil bought off the shelf isn’t the real deal,” said Sally Greenberg, executive director of the NCL, in a statement.

The five that did pass muster were: 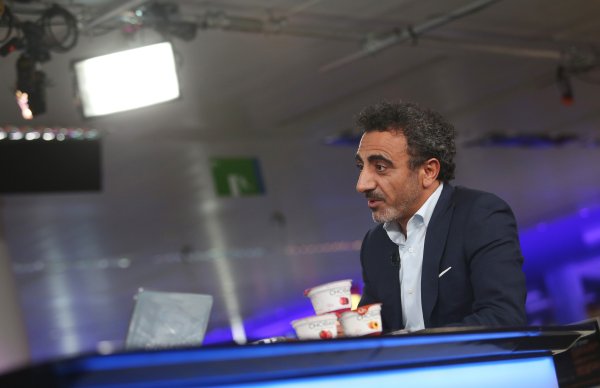 Big changes are coming to Chobani greek yogurt
Next Up: Editor's Pick