As Americans enjoy the holiday weekend, does anyone know how Memorial Day originated?

On May 1, 1865, freed slaves gathered in Charleston, South Carolina to commemorate the death of Union soldiers and the end of the American Civil War. Three years later, General John Logan issued a special order that May 30, 1868 be observed as Decoration Day, the first Memorial Day — a day set aside “for the purpose of strewing with flowers or otherwise decorating the graves of comrades who died in defense of their country during the late rebellion, and whose bodies now lie in almost every city, village, and hamlet church-yard in the land.”

At the time, the nation was reunited politically, but it remained culturally divided, and so did Memorial Day observations. In the North, the federal government created national cemeteries for men who died in the war, while state governments from New York to Michigan gradually made Decoration Day an official holiday throughout the 1870s. In the South, from April to June, women dressed in white and knelt beneath statues of fallen Confederate leaders; they told stories about the men who appeared in portraits lining the walls of many Southern homes. By the early 20th century, as Americans faced enemies abroad, many of the surviving Civil War veterans recognized their shared wartime history and reconciled their differences — turning Memorial Day into a national holiday.

As America recognizes the 150th anniversary of the American Civil War, we would do well to revisit the origins of Memorial Day among freedpeople in Charleston. While they honored those who fought for their emancipation (which also celebrate[d] its 150th birthday [in 2012]), it was not simply a moment of great triumph and celebration for freedpeople, but a complicated process that led to the unexpected death of hundreds of thousands of former slaves.

While former slaves venerated the staggering number of Union soldiers who died during the war, few have observed the ways in which war and emancipation led to the astonishing mortality of many ex-slaves. Former bondspeople liberated themselves from chattel slavery and entered into an environment that was plagued by cholera, dysentery, and yellow fever — devastating nineteenth-century illnesses for which the medical profession knew no cure, and from which the poor and the marginalized suffered disproportionately. One of the most often-forgotten facts among the public displays and memorials about the Civil War is that the vast number of soldiers died from disease and sickness, not from combat wounds or battle — in fact, the war became the largest biological crisis of nineteenth-century America.

In their journeys toward freedom, ex-slaves often lacked adequate shelter, food, and clothing. Without the basic necessities to survive, freed slaves stood defenseless when a smallpox epidemic exploded in Washington in 1863 and then spread to the Lower South and Mississippi Valley in 1864 to 1865. A military official in Kentucky described smallpox as a “monster that needed to be checked,” while another federal agent witnessing the “severity and almost malignancy of the epidemic” believed that the virus was on the increase and predicted that “before the coming summer is over it will decimate the colored population.” In the end, the epidemic claimed the lives of over 60,000 former slaves, while other disease outbreaks and fatal epidemics raised the death toll of freedpeople to well over a million — more than a quarter of the newly freed population.

When historians describe casualties of the war, they uncover photos of mostly white enlisted men — bodies strewn across an image of a battlefield or, worst, piled on top of one another in a deep ditch, dead from the effects of a cannonball explosion. What we don’t see is dead freedpeople. The death of white participants in the Civil War is both valued and commemorated: framed as part of a larger saga of war and victory, and then propped up as the heroic embodiment of nationalism on Memorial Day. White people’s death is reenacted annually by thousands of people—who, for a hobby on a holiday weekend, get to play dead.

There was no rebirth for former slaves who died of disease and sickness after the war. There was no chance of them coming back to life in a costume worn by an admirer a century later. Buried under the fallen cities and the new harvests, the South, at its foundation, is a graveyard: a place where black people died in unimaginable numbers not from battle, but from disease and deprivation.

In the recognition of the 150th anniversary of the American Civil War, let us not forget that freed slaves created Memorial Day. Let us remember that their prayers and observations were not just for the deceased Union soldiers on that first Memorial Day, but also for members of their families and their community who died in a war that was meant to free them.

Jim Downs is the author of Sick From Freedom: African-American Illness and Suffering During the Civil War and Reconstruction (Oxford U.P., May 2012). He is an associate professor of history at Connecticut College and has a MA and PhD from Columbia University. 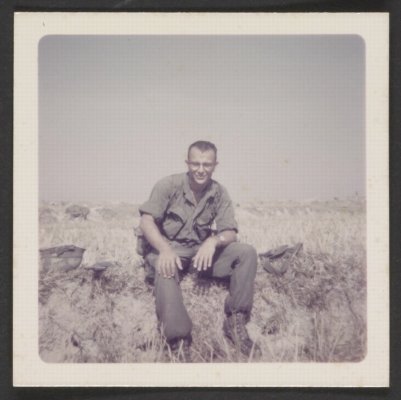 How to Preserve America's War Stories Before It's Too Late
Next Up: Editor's Pick