A group of black women staged a topless protest Thursday, blocking traffic in downtown San Francisco to draw attention to the killing of black women and children by police.

The demonstration was part of a nationwide day of action to protest the deaths of Aiyana Jones, Tanisha Anderson, Yvette Smith, Rekia Boyd and other women and girls killed by law-enforcement officers, reports USA Today.

The rally followed the release of a report Wednesday by the African American Policy Forum named Say Her Name: Resisting Police Brutality Against Black Women, which highlights the stories of black women who have suffered from alleged police brutality.

Protesters held signs with the hashtag #SayHerName and posters with the names and pictures of black women who have died.

Campaigners said rallies raising awareness of police brutality in the wake of the deaths of Trayvon Martin, Eric Garner, Michael Brown and others had focused on black men who had died, and overlooked the many black women who have suffered the same fate.

Protests and vigils took place in cities across the country including New York, Chicago, St. Louis, Washington, D.C., and New Orleans, two months after an officer was acquitted for the fatal shooting of 22-year-old Boyd. 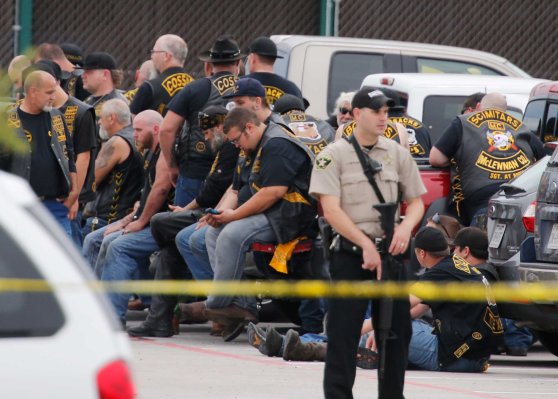 The Problem With White-on-White Crime
Next Up: Editor's Pick