Former New England Patriot Aaron Hernandez has reportedly gotten into a fight in prison a month into his life sentence for first degree murder.

Hernandez, 25, was in a brawl involving two other inmates, according to ABC News. “It was two-on-one, he was part of the two,” a prison official told the news agency. Another source said that the ex-NFL star beat a man in his cell and that the incident was gang related.

“The victim in the fight was some absolute nobody. He was just trying to show he’s down with the Bloods, a scared man looking at life in prison,” the source told ABC news.

The former NFL player was photographed Thursday with a new tattoo on his neck – a five-point star that says “Lifetime,” which may be a symbol of the Bloods gang.

Hernandez is serving a life sentence without parole for the murder of 27-year-old Odin Lloyd, a semi-professional football player who was dating the sister of Hernandez’s fiancée. He will also go on trial for a double murder that took place outside of a Boston nightclub in 2012. He has pleaded not guilty. 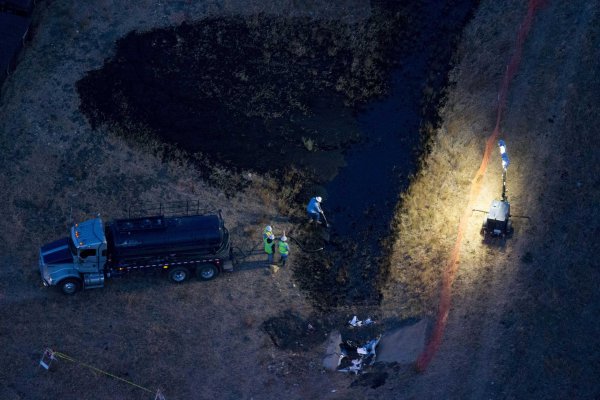 Biologists Eyeing Extent of Damage After California Oil Spill
Next Up: Editor's Pick