Why Ronald McDonald Will Never, Ever Get Fired

Ronald McDonald has the kind of job security that most Americans can only dream of.

Consumer advocacy organizations have criticized McDonald’s for its use of marketing tactics that appeal directly to children, particularly in the wake of increased concern over childhood obesity in the U.S.

The restaurant chain, which has endured sluggish sales at home and abroad and has closed hundreds of locations this year, is in the process of attempting a turnaround. Its plan includes a shift in the company’s marketing. Earlier this month, McDonald’s somewhat more nefarious mascot, the Hamburglar, was reinstated with a fresh look, to decidedly mixed reviews.

The company’s annual shareholder meeting was a primarily civil affair, despite the fact that thousands of protesters showed up at McDonald’s headquarters, calling for a $15 an hour minimum wage for the restaurant’s workers. In April, McDonald’s announced that it would increase the minimum wage for workers at its corporate-owned restaurants to $10 an hour by 2016.

On Thursday, McDonald’s shareholders approved a proposal to give the company’s investors an increased say on who is nominated to serve on the fast-food giant’s board of directors. 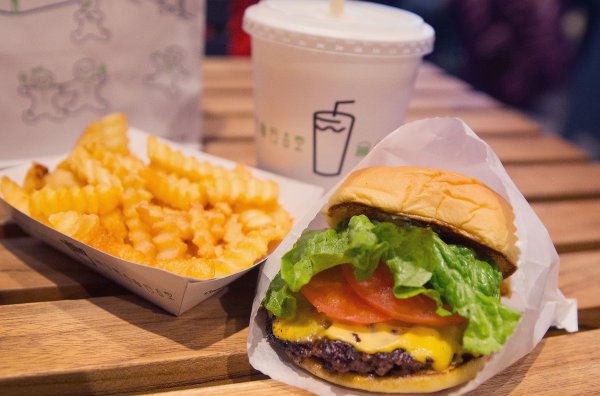