Taylor Swift performs on stage for the 1989 World Tour at CenturyLink Center on May 20, 2015 in Bossier City, La.
Andrew Goodman—Getty Images
By Megan Daley / Entertainment Weekly

Vevo noted in a release that Swift’s collection of videos, which include hits like “You Belong With Me,” “Shake It Off,” and “Mean,” currently stand at 5 billion total views.

Nicki Minaj formerly held the title for “Anaconda” back in August 2014 with 19.6 million views.

Swift took to her official Twitter account to share the news, sending out a special thank you to those involved. The accomplishment comes just days after the singer swept the Billboard Music Awards, walking away with eight trophies including Top Female Artist. 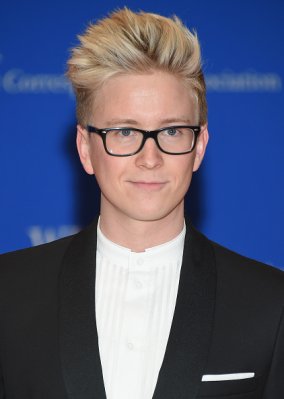